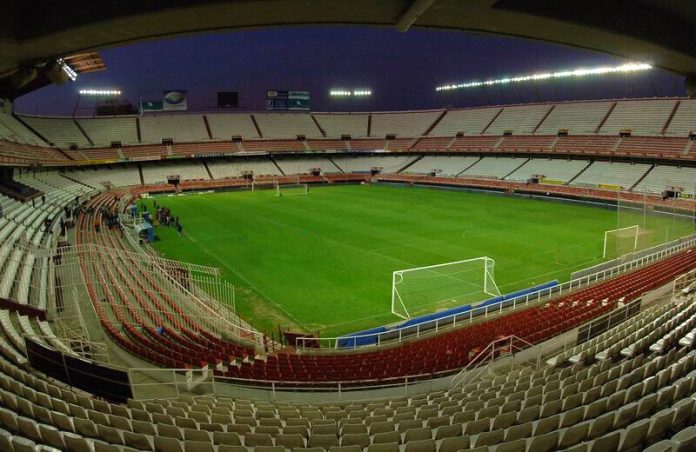 The Basque Institutions Intend to Recover Investments in the EURO 2021

Bilbao are intended to recover everything that they have invested in the organization of hosting EURO 2020 matches.

As reported, the Bilbao City Council has ensured that its legal services are studying a lawsuit against UEFA and the Spanish Football Federation for the breach of the contract.

Xabier Ochandiano has ensured that the “priority” of the Basque institutions is to recover “100% of the expense incurred” with the organization of EURO that will finally be played in Seville. Xabier Ochandiano is the Councilor for Economic Development of Bilbao.

UEFA withdrew the organization of the upcoming European Championship from Bilbao last month (in April). They granted it to another Spanish city, Seville and the four matches will host La Cartuja. This was after the sanitary conditions put in place by the Basque Government to allow a capacity of 25% in San Mamés stadium, which were almost impossible to meet in June due to the situation of the Euskadi pandemic.

Ochandiano has assured that his legal services are studying a lawsuit against UEFA and the Spanish Football Federation for breaking the contract, “without any argument.”

The financial compensation that the Bilbao City Council, Provincial Council of Bizkaia and the Basque Government demand isn’t known yet. This is because up to now 1.3 million euros had been spent on organizing the event. However, there are contracts signed with suppliers. In some cases, compensation will have to be paid for not executing these contracts.

The counselor has questioned that UEFA requires the same conditions in all cities, because Munich has managed to host it despite the mayor having said that the presence of the public will depend on the health situation. He has also questioned whether the Spanish Federation was negotiating with Seville when the Bilbao contract was still in force.

Ochandiano has assured that the Basque institutions have worked to organize the EURO 2020 in Bilbao, even without an audience and with little economic impact.

The Popular Party of Bilbao maintains the responsible for EURO 2021 not being held in the Biscayan capital is PNV. They will file a lawsuit against the Basque Government to request “economic and even criminal responsibility.”

EH Bildu and Elkarrekin Podemos have supported the decision to condition the presence of the public at the EURO 2021. On the other hand, they have criticized the policy of large international events promoted by the City Council.

Dublin out of the EURO

It is worth noting that the stadium of Bilbao was left out by UEFA after not fulfilling the requirements regarding the minimum number of the fans that would be present during the matches of the EURO 2020.

Bilbao was set to host four EURO matches: three group stage matches and one quarter final. Instead, the scheduled matches will be played in Seville stadium.

Also Dublin also was left out due to the same issue. The matches scheduled in this city are scheduled to take place in other EURO 2020 host cities. Krestovsky Stadium (Saint Petersburg, Russia) will host three group stage matches. The round of 16 match of Dublin will host Wembley Stadium (London, England).

The most important matches, semi-finals and the final will host Wembley Stadium.

Check out also “PCB medical chief says was forced to resign after PSL bubble breach though he was not responsible“.