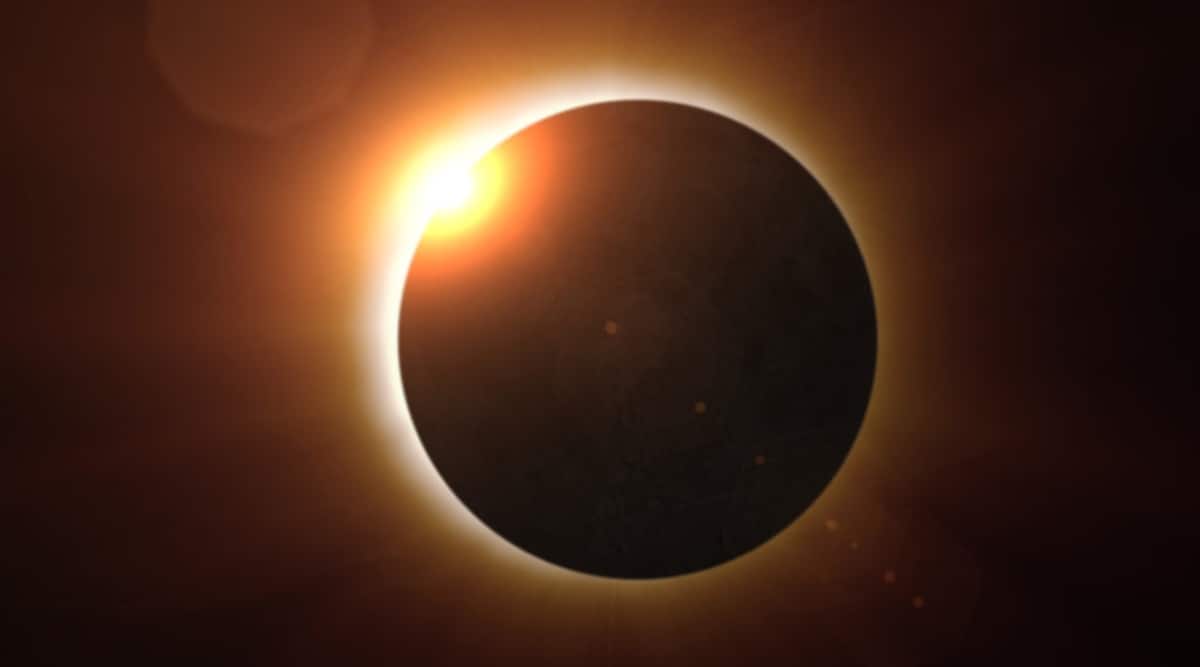 Solar Eclipse 2021 Date and Time: The first Solar Eclipse of the year will be visible on June 10. A solar eclipse happens when the Moon moves between the Sun and Earth, and blocks the light of the Sun from reaching Earth. Those who are planning to watch this rare cosmic phenomenon should use protective solar eclipse-viewing glasses to directly view the event. Read on to know more about Solar Eclipse time, date, and how you can watch it in India.

Where will Solar eclipse 2021 appear?

When the solar eclipse will reach its peak, then people living in Greenland will get to see the ring of fire. This celestial event will also appear in Siberia and the North Pole. Countries like the US and India will miss out on this astronomical event, but the East Coast and the Upper Midwest people will get a glimpse of it after sunrise.

How to watch Total Solar Eclipse in India?

What causes a Ring of Fire?

NASA explains when the Moon is farthest from Earth within its elliptical orbit, this causes a ring of light, which is visible around the Moon. In simpler terms, because of the distance, the moon appears a bit smaller and does not block the entire view of the Sun. Hence, you get to witness a ring of light. This is also referred to as the ‘Ring of Fire.’

When is the next Solar Eclipse?