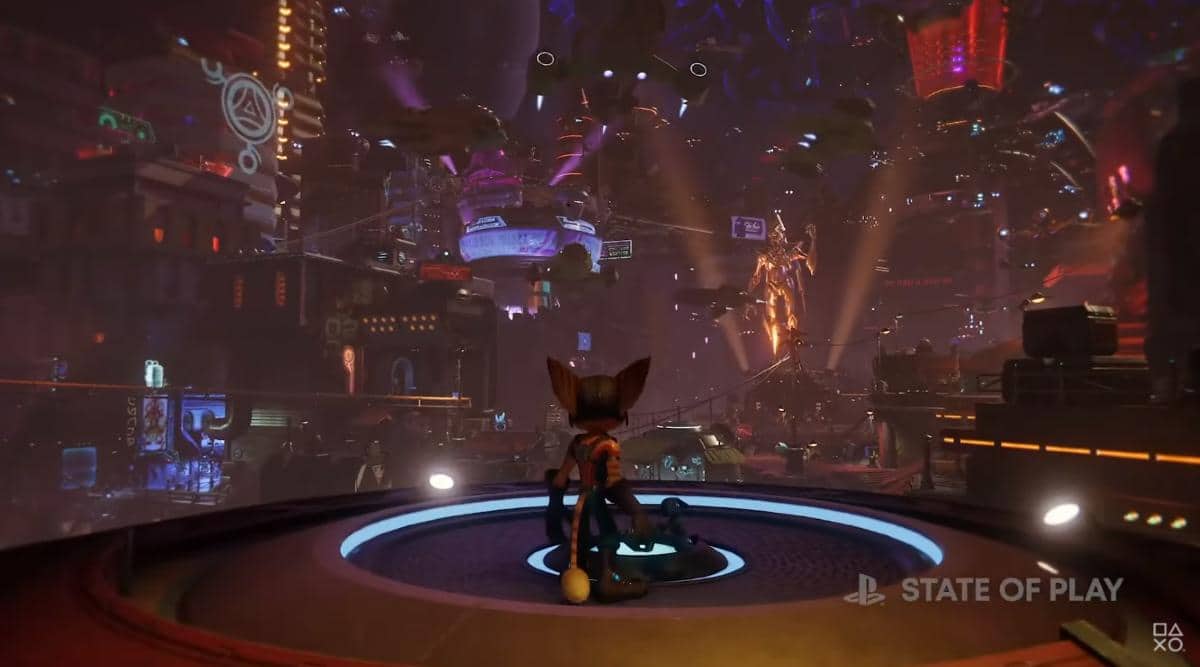 Sony hosted its April PlayStation State of Play event yesterday and new updates from the stream included 15 minutes of Ratchet & Clank: Rift Apart gameplay and more, including information on a version of Among Us for the PS4 and PS5. Here’s all you need to know about the event, which you can also check out by clicking on the link below.

The April edition of Sony’s State of Play event largely revolved around Ratchet & Clank: Rift Apart, a third-person action-adventure game that is set to launch for the PS5 on June 11.

The gameplay of the title shows off how the PlayStation 5’s adaptive triggers features will play a key role in the game. These include how various weapons will act when the triggers are pressed on a PS5 controller.

For instance, the burst pistol will fire single shots when you press the trigger halfway but will shoot a burst shot when the trigger is pressed all the way down. Other weapons like the Enforcer shotgun will also shoot either one or two barrels based on trigger pressure.

The game will also make use of the PS5’s ultra-fast SSD storage to transport players to a new location with barely any loading time. The gameplay showcases this in the middle of a boss battle when Ratchet is instantly sent to an entirely new location mid-battle without much lag.

Among Us, Subnautica Below Zero

The new State of Play event also revealed more details on two more games that will soon come to the PS4 and PS5. The first of these is the multiplayer deduction and strategy game Among Us. The console version of the popular mobile and PC game will also feature a new costume celebrating the release of the new Ratchet & Clank game. However, the title doesn’t have a release date as of now.

The second title is Subnautica Below Zero, an underwater survival game that will now be getting Dualsesnse support and 4K graphics. Players who own the first game on the PlayStation 4 can also upgrade to the PlayStation 5 version for free.