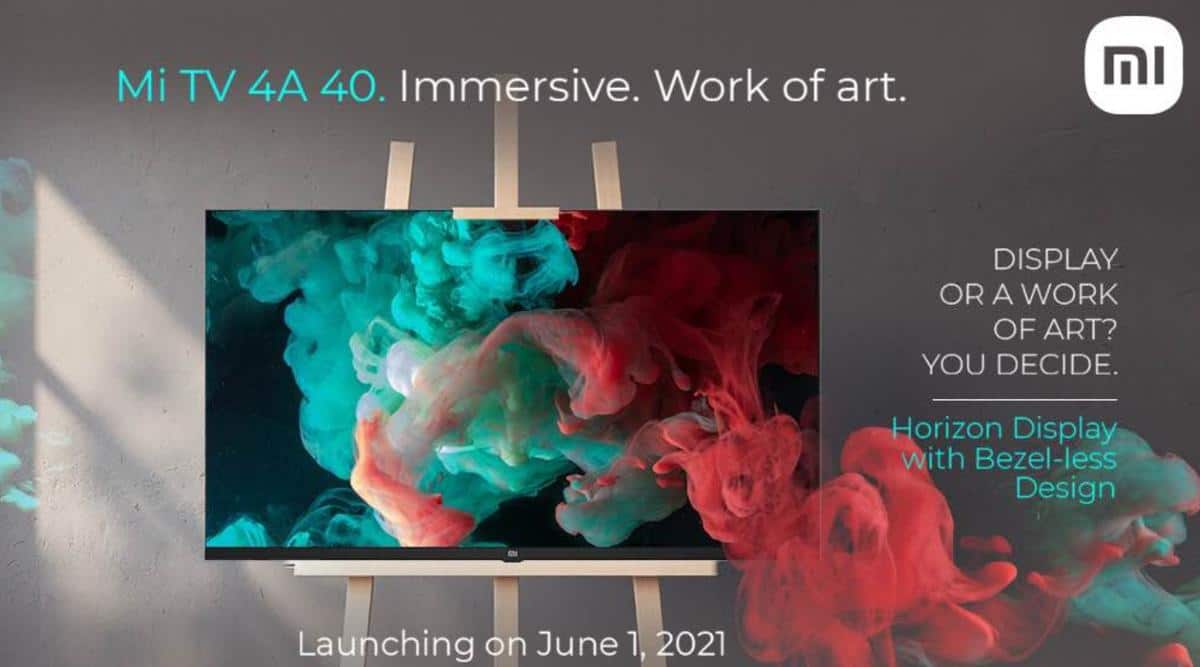 Xiaomi just announced that it would be bringing a new Mi TV variant in India on June 1. The new product is set to be the Mi TV 4A 40 Horizon Edition. The Horizon Edition moniker suggests that the Mi TV 4A will come with a bezel-less design where the screen of the television will expand over to the edges on the top, bottom and both sides.

“Immersive experience. Beautiful visuals. Truly a work of art,” Xiaomi said in a tweet announcing the upcoming product. Check out the tweet here.

Uncover the excellence on the #HorizonEdition with Bezel-less design.

Xiaomi has so far not revealed any specific details on the TV and what users can expect. However, the TV is likely to be similar in specifications to the Mi TV 4A Horizon Edition that was launched in September 2020. This TV was launched in two sizes, 32-inches and a 43-inch variant. The new model will likely be placed between the two older sizes with its 40-inch screen.

Under the hood, the older 32-inch and 43-inch TVs came with an Amlogic Cortex A53 quad-core processor with Mali 450 MP3 GPU paired with 1GB RAM and 8GB internal storage. We could see the same processor, GPU and storage configuration on the new TV as well. The two TVs from last year also ran Android TV 9 and we could possibly see the same software on the new 40-inch TV as well.