Apple has had a busy year so far, with back-to-back announcements. Last month, Apple announced a handful of new products – iMac, iPad Pros and AirTags – at its highly anticipated “Spring Loaded” event. Next month, the tech giant will hold its annual Worldwide Developers Conference (WWDC). Although primarily a software event, hardware isn’t the focus. But the event is the perfect time for Apple to show new hardware, especially, Pro-level devices. The rumour mill suggests that we’re likely to see updates to the MacBook Pro and Mac Pro at this year’s WWDC. The new iPad mini and AirPods 3 are also expected to launch in the coming months. As usual, the iPhone 13 series and Apple Watch Series 7 will hog the limelight at the company’s fall event later this year.

Here’s a look at all the Apple devices we are expected to see in 2021.

Apple is reportedly working on 14-inch and 16-inch MacBook Pro models. Both models will feature a flat-edge design and thinner bezels. The 14-inch model will replace the current 13.3-inch MacBook Pro, while the 16-inch model will replace the existing 16-inch version. The updated MacBook Pro models will get a speed boost, thanks to the rumoured M1X or the M2 chipset. The new MacBook Pros will likely have a 10-core CPU with eight high-performance cores and two energy-efficient cores, along with 16-core or 32-core GPU options and support for up to 64GB RAM. The notebooks will charge over MagSafe and have more ports, including an HDMI port and an SD card slot. Interestingly, these new upcoming MacBook Pros will have physical function keys instead of a Touch Bar. Both laptops will target professional users such as graphic designers and video editors. Next up is the all-new MacBook Air. Even though the current-generation MacBook Air feels almost perfect, Apple is planning to release a new model in the coming months. Apple leaker Jon Prosser recently released renders of the new MacBook Air. It’s said to be thinner and lighter than the existing MacBook Air. According to Prosser, Apple plans to release the new MacBook Air in colours that match the new M1 iMac. That’s not all. The new MacBook Air will apparently have white bezels around the display and white coloured keyboard caps. The new version is expected to release later this year or early next year and may have a new Apple Silicon chip with better graphics. One of the Apple devices that will see a significant redesign is the Mac Pro. A Bloomberg report claims Apple is working on two Mac Pro models. One will have the same design as the 2019 model and may get an Intel processor. The other model, however, will use Apple Silicon and will probably look like Apple’s Mac Pro G4 Cube, which made its debut in the 2000s. Just to be clear, Apple’s Mac Pro lineup is squarely aimed at pro-level users.

While the recently launched redesigned M1 iMac brings fun to desktop computing, it isn’t exactly going to satisfy professional users. For those customers, Apple is reportedly working on a 32-inch iMac. Details are scarce at the moment, but it’s rumoured to feature a powerful Apple Silicon. 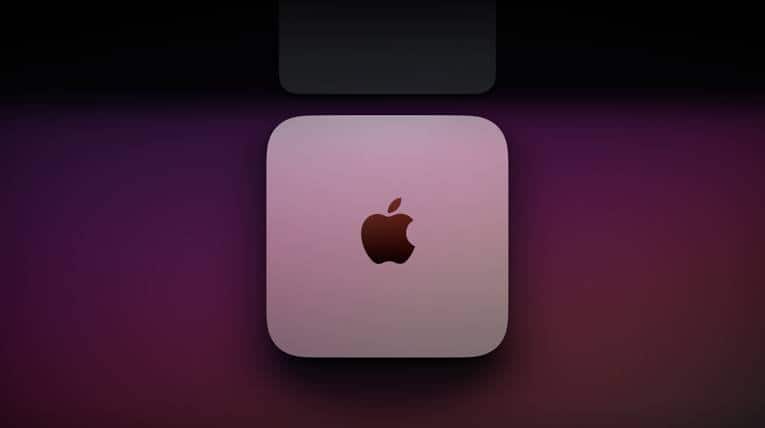 The Mac Mini is a solid computer for work and play. It is powered by the M1 chipset. (Image credit: Apple)

Apple may also introduce a high-end version of the Mac Mini. This particular model could feature an improved version of the M1 chip, featuring a 10-core CPU with eight high-performance cores and two energy-efficient cores, plus 16-core or 32-core GPU options. The chipset will support up to 64GB RAM and four Thunderbolt ports. Additionally, the new Mac Mini will feature more connectivity ports. The existing Mac Mini is a great computer to experience the power of the M1 chipset but it seems that Apple has bigger plans for the popular desktop computer.

Apple fans looking for an upgrade to the iPad mini may be in luck. The new version of the iPad mini will reportedly launch this year. It seems we might see a 9-inch screen with thinner bezels. Though the refreshed model will continue to feature a lightning port as well as the Home button. The iPad mini is a popular iPad among users who need a compact device for note-taking and experience multimedia content. The iPad Mini does support Apple Pencil.

What about the entry-level iPad?

Well, an update to the low-cost iPad is also on the cards. Though we don’t much about the device. Expect the ninth-generation iPad to feature a 10.2-inch display and a thinner and lighter build. The eight-generation iPad is powered by the A12 Bionic chipset and costs Rs 29,900. There has been a talk for a while now about the new AirPods Pro. (Image credit: Nandagopal Rajan/Indian Express)

Don’t be surprised if Apple launches AirPods 3 this year. It’s said that the third generation of AirPods will have the same design as the more expensive AirPods Pro. The new AirPods may have a shorter stem, interchangeable tips and a smaller charging case than the AirPods Pro. However, unlike the AirPods Pro, Apple’s next-generation entry-level AirPods might not have active noise cancellation. The sound quality on the AirPods 3 should improve over AirPods 2.

Are we going to see AirPods Pro 2 this year?

We really don’t know. If Apple launches a new version of AirPods Pro, they are likely to see a bigger change, including a new wireless chip and a new shape and style. 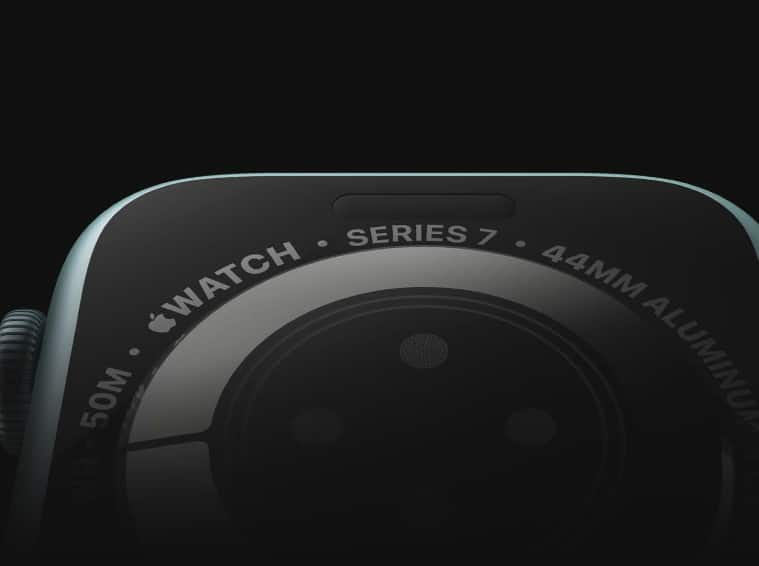 The big update to the Apple Watch comes in the form of the redesign. The next-generation watch is also expected to feature a flat-edge design. Plus, we can also expect faster performance as well as improved water resistance. There’s a strong rumour that the Apple Watch Series 7 will be capable of measuring blood sugar levels. Apple traditionally reveals a new Apple Watch model alongside new iPhones in September.

In November 2020, Apple added ‘iPod touch’ to their Apple Music PR blurb. Well now we know why. This Fall Apple is planning to release the next version of the iPod touch. Thanks to @AppleLe257 for sourcing info & @Apple_Tomorrow for the renders! pic.twitter.com/ImQQj3hxDc

The company is also said to be working on a new iPod Touch model. Since this year marks the 20 years of iPod, Apple might give the iPod Touch a much-needed facelift. If it does launch, expect it to have an iPhone 12-like design, thinner bezels and a slightly more powerful processor. Right now, the iPod Touch is seen as the most affordable Apple device to run iOS – the mobile OS that powers the iPhone. Whether this is something consumers are interested in buying remains to be seen—no doubt we will be more than happy to get a revamped iPod Touch in 2021.