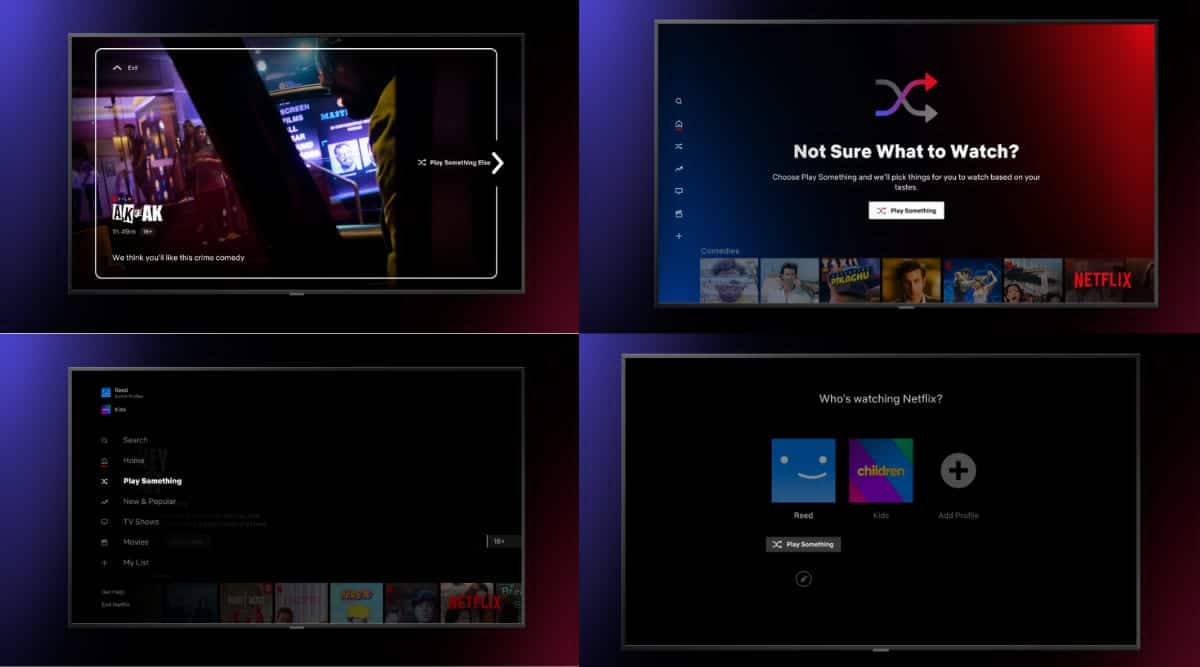 Netflix has released a new “play something” feature, which is available to all its users. On accessing the feature, Netflix automatically shows a list of content that the platform chooses for you. The feature adds a button across the streaming service’s UI to automatically suggest new series and movies that you’ve never watched before.

Netflix automatically chooses content based on its algorithm which works on deciding the kind of content that will suit your taste.  When you click on the ‘play something button’, Netflix will start playing a film or series similar to the content you have been watching already.

It will play a new series or film, and also those that are unfinished but won’t show a film or series that you have already completed. When the feature is turned on Netflix will indicate the same with a border on the screen, and the button on the right side.

You can press the ‘Play Something Else’ button to go to the next series or film. You can also go back to browsing on the service normally by pressing the exit button on the top left corner of the screen. The new button will appear in various places on Netflix’s app, including underneath your profile when you log in, the left-side navigation bar, and in the tenth row of Netflix’s homepage.

3. Find it on the navigation menu on the left of the screen. It is also available on the tenth row on your Netflix homepage

If you don’t like what Netflix is playing for you, there is also a ‘Play Something Else’ option which you can click on, to allow Netflix to play some other TV series or movie.