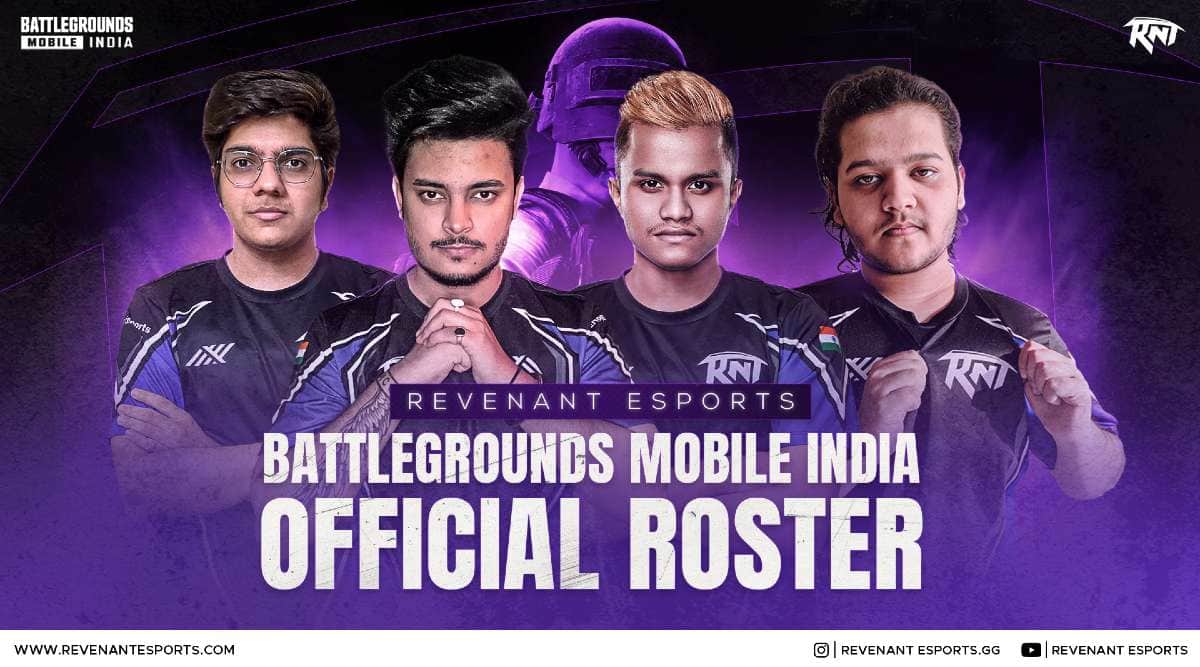 Battlegrounds Mobile India, PUBG Mobile’s new face in the country is expected to launch later this month and eSports teams, as well as game streamers, have begun preparing for the upcoming battle royale title and the new eSports tournaments that are expected to come with the new game.

“We have a solid vision and massive plans to play an instrumental part in the BGMI community. We aim to grow aggressively in the competitive esports and content with our brand-new roster. We will also focus on creating IPs via virtual & offline events,” Rohit N Jagasia, Founder & CEO of Revenant Esports said.

Team captain Parichay Bansal also stated that he is “excited about the roster’s future with Revenant Esports”. “We wish to go long way with Revenant and lay a huge emphasis in the Indian Esports, ” Bansal adds.

“I think both AustinX and TopDawg are amazing additions to the roster. AustinX brings great experience as an assaulter which he even showcased in the World League and PMCO. Whereas TopDawg is an underdog who will be our trump card as he has the hunger to win,” Bansal adds.

Revenant Esports was founded in 2020 and is a destination for casual, aspiring, pro gamers and content creators. The firm competes in the Call of Duty Mobile competitive scene and has set up a significant e-sports gaming and broadcasting infrastructure.

The roster has secured 5th Place in the PMCO Lan tournament that was held in 2019, followed by securing 2nd Runner Up in PMCO Spring 2020. The roster also won 3rd Place in the PMPL 2020 tournament. Additionally, it represented India at a global level in the PUBG Mobile World League 2020.