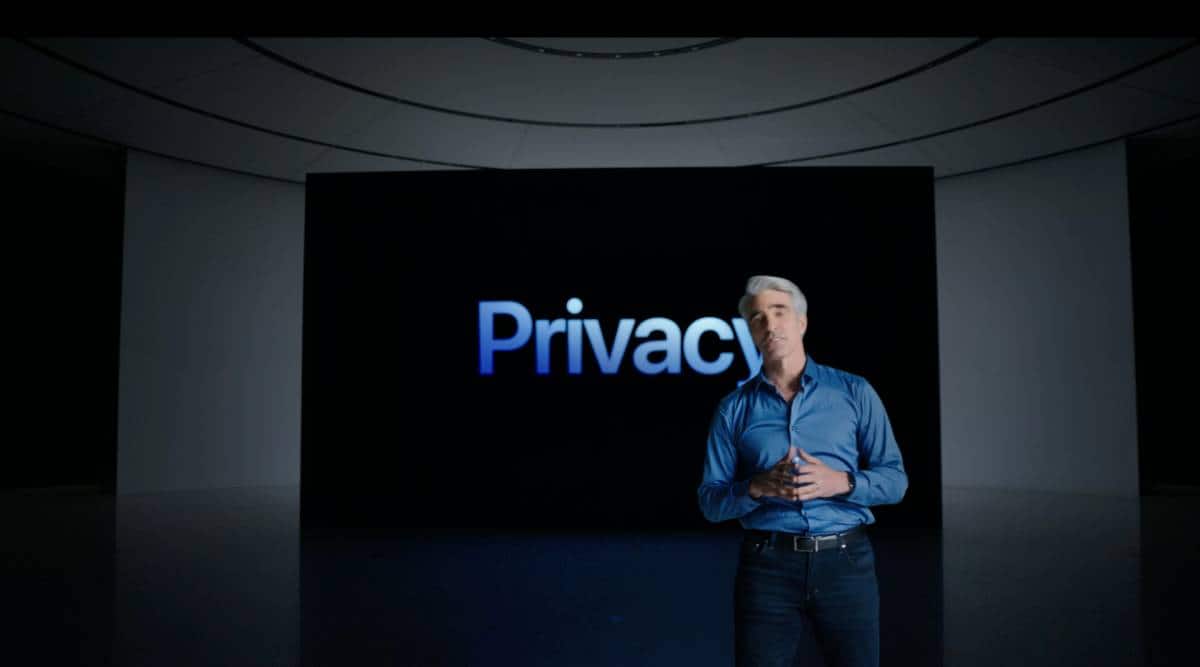 Apple is adding a host of new privacy features to its upcoming iOS 15, iPadOS 15, macOS Monterey and watchOS 8 as announced during the WWDC keynote. Apple will give users tighter control over how apps access their data and has introduced a new iCloud+ subscription service, which brings a more private browsing experience. Let us take a look at the key privacy features that Apple announced.

Apple is adding ‘Mail Privacy Protection’ in its native Mail app, which will ensure marketers and senders are unable to collect information about the user. As Apple executives explained during the keynote, the new feature will ensure that marketers do not receive information when a user opens an email. Their IP address will also be masked so it “can’t be linked to other online activity or used to determine their location.” These changes will apply to the Mail app across Apple devices, be it the iPhone or iPad or the Mac.

Apple is also blocking trackers from accessing a user’s IP address on Safari. It already uses what it calls “Intelligent Tracking Prevention” to ensure Safari blocks unwanted tracking on websites. This is now being extended to a user’s IP address as well. The IP address can be used as “a unique identifier to connect” a user’s “activity across websites and build a profile about them,” which will no longer be possible.

Apple introduced privacy nutrition labels with iOS 14 and it is doubling down on app privacy with iOS 15. There’s a new App Privacy Report feature, which allows users to see how often each app is using any previously granted permission such as location, photos, camera, microphone, and contacts over a period of seven days. This will be added as a software update to iOS 15, so it might not be part of the OS when it first rolls out.

More importantly, users will be able to see with whom their data is being shared as this app report will let them see all the third-party domains that an app is contacting. This will give users a better idea of how their data is being used and shared by an app.

Siri requests to be processed on device

Apple will use “on-device speech recognition,” to ensure that all audio is processed on the iPhone and iPad by default for Siri. Apple says this will fix one major concern for voice assistants which is “unwanted audio recording.”

Siri will be able to process some requests without the need for an internet connection. These include launching apps, setting timers and alarms, changing settings, or controlling music, according to Apple.

However, it should be noted that on-device processing for Siri requests will be available on iPhones with A12 Bionic and later and it will require download of speech models. It will be available in German (Germany), English (Australia, Canada, India, UK, US), Spanish (Spain, Mexico, US), French (France), Japanese (Japan), Mandarin Chinese (China mainland), and Cantonese (Hong Kong).

Apple is introducing a new subscription service called iCloud+ which includes some premium features, focused on privacy. Two of these are iCloud Private Relay and Hide My Email. It is also adding expanded HomeKit Secure Video support so video recording from various home cameras can be stored on this service, at no additional cost with this subscription.

Private Relay is a secure way of browsing the internet on Safari. It is being compared to a VPN service, but it is quite different.

First, Private Relay will only work when browsing on Safari. It will ensure that all traffic leaving the device is encrypted, and Apple says that no one, no third party, and not even they can decrypt this. Technically, with most VPN services, the security of the traffic is dependent on the policies of the VPN provider.

With Private Relay, traffic is sent over two internet relays to ensure it is secure and encrypted. Apple has no clue what websites you are visiting or access when this is turned on. According to Apple, the first internet relay “assigns the user an anonymous IP address that maps to their region but not their actual location,” and the second “decrypts the web address they want to visit and forwards them to their destination.”

Apple Senior VP of software engineering Craig Federighi told FastCompany in an exclusive interview that they want to overcome the challenge around the trustworthiness of a VPN that most users face. “And so we wanted to provide many of the benefits that people are seeking when in the past they’ve decided to use a VPN, but not force that difficult and conceivably perilous privacy trade-off in terms of trusting it to a single intermediary,” he was quoted as saying.

The report also notes that those running corporate VPNs will not face problems when running both their company’s VPN and iCloud Private Relay at the same time. Keep in mind that, unlike a VPN service, Apple’s Private Relay will not let you bypass geoblockers and access content, which is not provided in your region.

However, Apple will not offer the service in China, Saudi Arabia, Egypt, Belarus and Uganda citing local laws, according to a report in CNBC.

The feature will be built directly into Safari, iCloud settings, and Mail. It will also let users create and delete as many addresses as needed at any time, helping give users control of who is able to contact them. Hide My Email will arrive in Mail as part of a software update to iOS 15, iPadOS 15, macOS Monterey, and iCloud.com