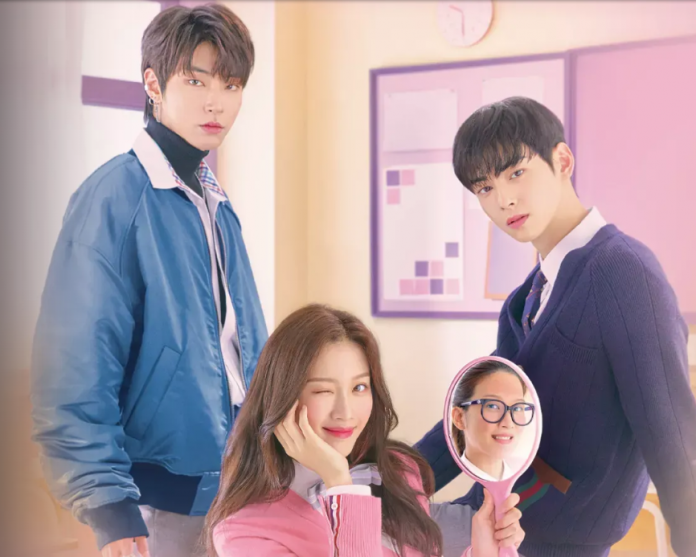 The personal ,professional relationships and career of a person depends to a large extent on their appearance, especially in some industry sectors. A person who is good looking will usually find it very easy to make friends and good looking students are popular in school. Ugly students are often bullied, humiliated and exploited which can adversely affect their self esteem. However most people do not realize that beauty is only skin deep, and the appearance of a person can be easily changed. So many are interested in watching true beauty korean drama , a high school romantic comedy which highlights how the appearance of a person affects relationships.

Im Joo Kyung is a young school student who is bullied and mocked at school and elsewhere because of her appearance, since she is ugly. She is so upset by the bullying that she even considers suicide. However, she realizes that her family will also be affected, so she decides to change her school. Before she changes school she spends hours watching makeup videos on the internet to learn how to use makeup to change her appearance. While attending her new school, she always uses makeup to improve her appearance and is considered the prettiest girl in class. She is also extremely popular in her school

While she enjoys her popularity in the new school, Joo Kyung is always worried that her secret of using makeup extensively will be exposed. The only person who knows Joo-Kyung secret is Lee Su Ho, who is the most handsome boy in class and is extremely popular among all the girls in the class. He is also a basketball star and has good grades, but he has a dark secret, since he was involved in a tragic incident which scarred him permanently, making it difficult to make friends, trust others. Slowly the Su-Ho and Joo-Kyung become friends, and discover each others dark secrets, to understand each other better.

The Korean drama series true beauty is based on a webtoon called the “The secret of Angel ” written by Yaongyi. The romantic drama series was released in 2020, and was directed by Kim Sang Hyub. Excellent acting by the good looking actors, an interesting and unique romantic story, and positive reviews have made this Korean drama series extremely popular. There are a total of sixteen episodes and each episode is of duration sixty minutes. Fans of high school rom coms can watch “True Beauty” in Korean, with subtitles in English, Spanish, Arabic and 38 other languages.

Now viewers anywhere in the world can watch “True Beauty” conveniently on Rakuten Viki which has acquired the legal rights to the Korean romantic drama series. Subscribers and members can watch the show safely on Rakuten Viki, by downloading the app or visiting viki.com . The app can be downloaded on both Apple as well as Android devices. TV and streaming devices like Fire TV, Chromecast, Apple TV, Roku and Android TV can also be used for watching one of the most popular Korean dramas.