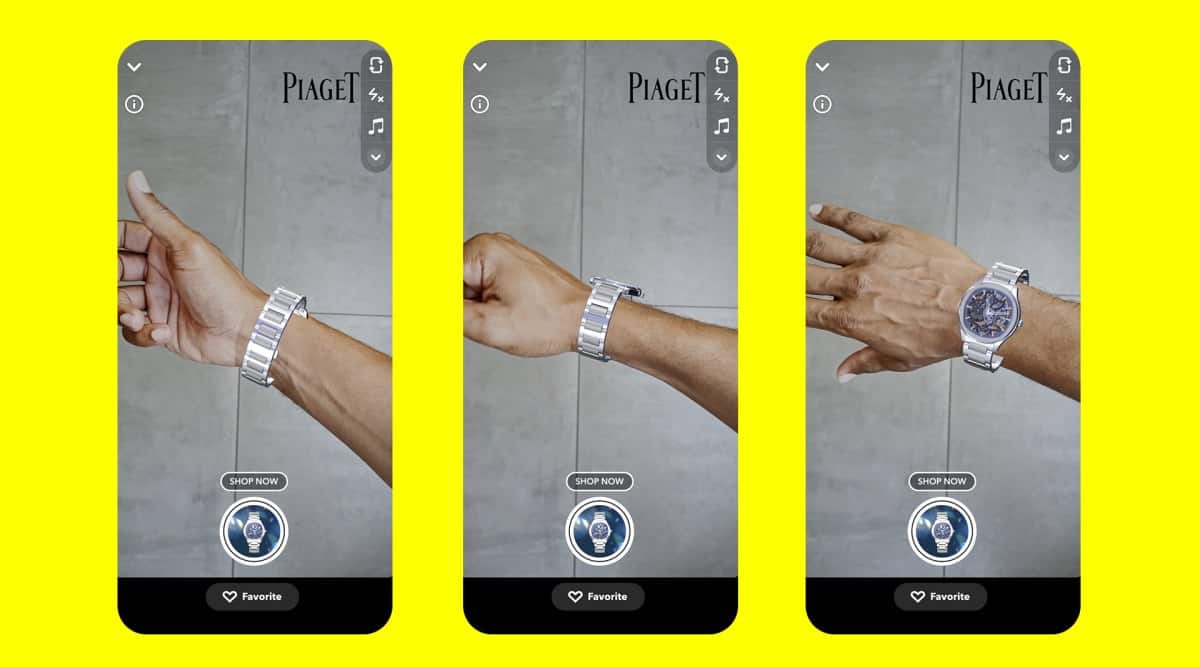 Snapchat’s daily active users in India grew 100 per cent on an yearly basis for the last five quarters, the company revealed during its annual developer summit. Snapchat now has 500 million monthly active users and claims that nearly one of every two smartphone users in the US is on the platform. More importantly, 40 percent of the company’s user base is now located outside of North America and Europe.

Snap also made a number of announcements, which will give creators and businesses more tools on the platform. A new ‘Screenshop’ feature will let users rely on the existing ‘Scan’ feature in the app to scan a friend’s outfit and then shop for something with similar recommendations. It is also adding ‘try-on’ upgrades to its Augmented Reality (AR) powered Lenses or filters.

With use of gesture controls and wrist-tracking technology, brands will be able to create AR-Lenses for customised experiences. For instance, the company showed in the demonstration how brands like Prada and Piaget can use these technologies to create custom AR filters which will let users try their products. The Piaget lens can use wrist-tracking and show an AR watch on the user’s hand, while the Prada lens can show different bags on the user’s body.

Snap is also adding voice-enable commands to AR Lenses such as ‘next’ or ‘take a Snap’ to make the experience easier for users. There’s also new ‘True Size’ technology to enable accurate sizing for eyewear and sunglasses and 3D Body Mesh and Cloth Simulation, which will allow brands to experiment with full outfits. So in future, a brand could create an AR Lens letting a user try on a dress using the camera inside the app. During the presentation, a Disney Lens was shown which will let users try on a dress in AR from the upcoming Cruella movie.

The screenshop scan feature on Snapchat.

Snap is also adding Public Profiles for businesses on the platform and will let them add a ‘Shop’ page as well where users can browse and buy products. This feature has been in beta-testing since July 2020. Rival Instagram already offers something similar with its own ‘Shop’ feature.

For Snap Stars or big influencers on the platform, it is adding the option ‘gifting’ where their fans can send them ‘Gifts.’ However, the Gifts have to be purchased via Snapchat Tokens, and influencers will have to share the revenue with the platform. Gifting will start to roll out to Snap Stars later this year on Android and iOS.

It also announced a dedicated app Story Studio, which will give creators on the platform editing tools for making content for mobiles. The app will also showcase what is trending on Snapchat.