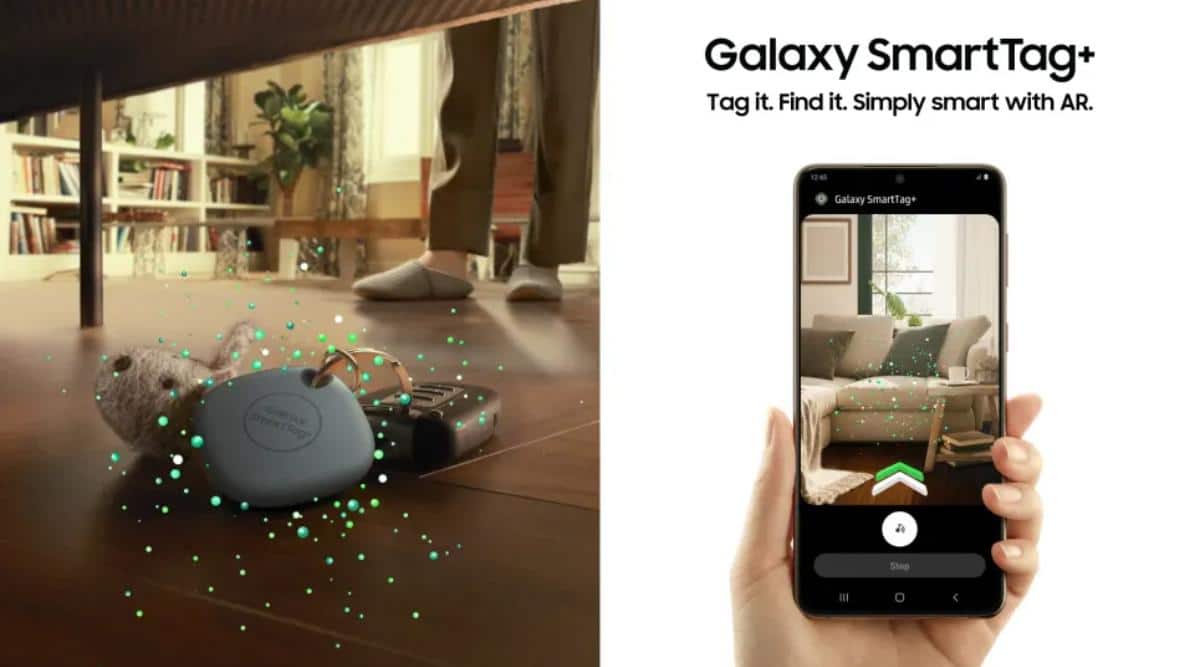 Samsung announced the brand’s plans to launch an upgraded version of its Galaxy SmartTag smart trackers. The new Samsung SmartTag+ will launch globally on April 16. Just like the older SmartTag, the new ones will also be able to attach to your keys, wallet, bags and other things.

The design was made popular years ago by Tile. Tech giant Apple also has been rumoured to develop and launch the Apple AirTag for a while now. However, Samsung struck first with the original SmartTag in January 2020. During the launch, the Korean company also announced that an upgraded version powered by ultra-wideband technology is under development. Now, the new SmartTag+ is almost here.

The Samsung SmartTag+ will offer support for both ultra-wideband and Bluetooth LE (Low Energy). Bluetooth LE drains a lot lesser battery than regular Bluetooth connectivity and was already a part of the original Samsung SmartTag. The new tech allows the SmartTag+ to pinpoint your lost items much more precisely and comes with an improved spatial awareness functionality.

Using UWB tech also means that the SmartTag+ can use augmented reality to visually guide users to lost tokens using their smartphone camera. However, to use this feature, users will also require a UWB-equipped smartphone.

Samsung has also added a new feature that lets users ring off the trackers as soon as the user gets close to its location, making them easier to find. “All data in SmartThings Find is encrypted and protected, so the tag’s location isn’t revealed to anyone but you,” Samsung said in a press release talking about the privacy aspect of the trackers.