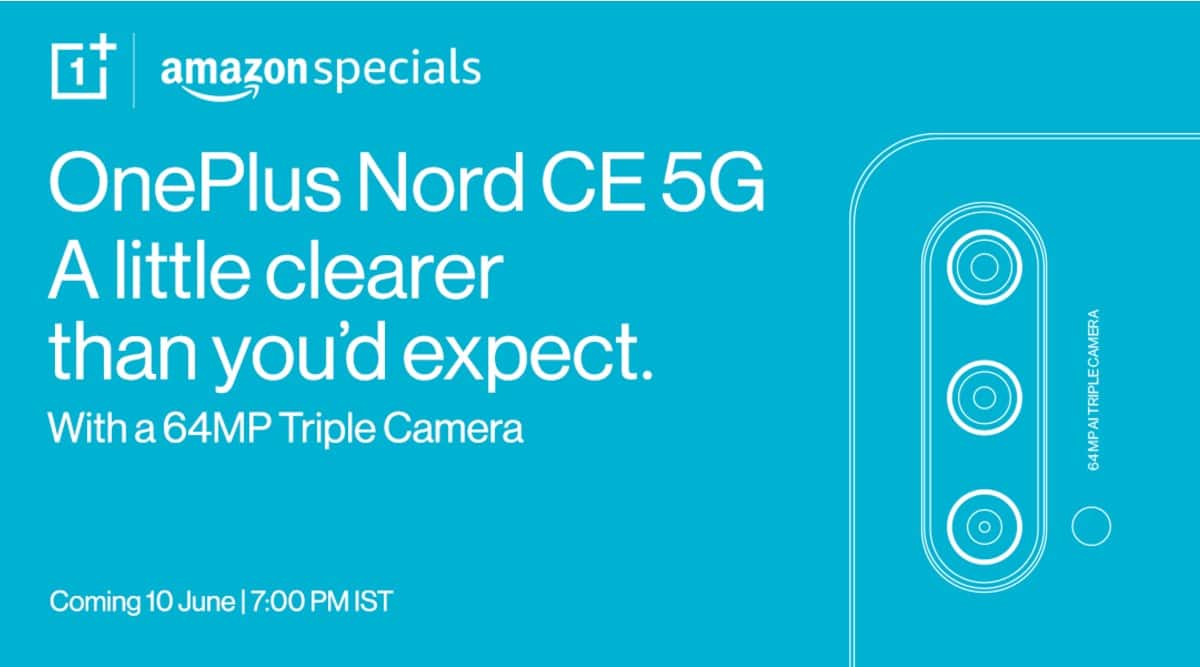 OnePlus Nord CE is set to launch in India on June 10, but that hasn’t stopped leaks around the phone from taking place. The new Nord-series phone was expected to be priced lesser than the original OnePlus Nord. Now a new leak suggests that the exact starting pricing of the phone could be Rs 22,999.

Tipster Ishan Agarwal (@ishanagarwal24) has taken to Twitter to share that the price of the OnePlus Nord could be a full Rs 2,000 lower than the Rs 24,999 starting price of the original Nord. Further, the tweet suggests the phone could get an additional discount of Rs 1,000 on using HDFC cards to purchase the phone.

The leak also reveals pricing of the new OnePlus TVs that are expected to launch on June 10 alongside the phone. Check the tweet here.

A few days back, OnePlus confirmed that the OnePlus Nord CE 5G will come with a 7.9mm thickness. The device will also feature a 3.5mm headphone jack. The rest of the details are yet to be revealed by the company.

The upcoming OnePlus Nord CE 5G will be powered by a Qualcomm Snapdragon 750G processor. It is said to pack a 4,500mAh battery. The smartphone may come with support for Warp Charge 30T fast charging.

At the back, the OnePlus Nord CE 5G could sport an 8MP ultra-wide camera and a 2MP depth sensor, apart from a 64MP main camera. The design of the phone itself is expected to be very similar to the Original OnePlus Nord. On the front, there could be a 16MP selfie camera sensor.

Your very first look at the official render of OnePlus Nord CE 5G!

At the back, the OnePlus Nord CE 5G could sport an 8MP ultra-wide camera and a 2MP depth sensor, apart from a 64MP main camera. On the front, there could be a 16MP selfie camera sensor.

The smartphone is tipped to arrive with a 6.43-inch AMOLED display with a Full-HD+ resolution and 90Hz refresh rate. OnePlus is expected to offer the device with up to 8GB RAM and 128GB storage option.