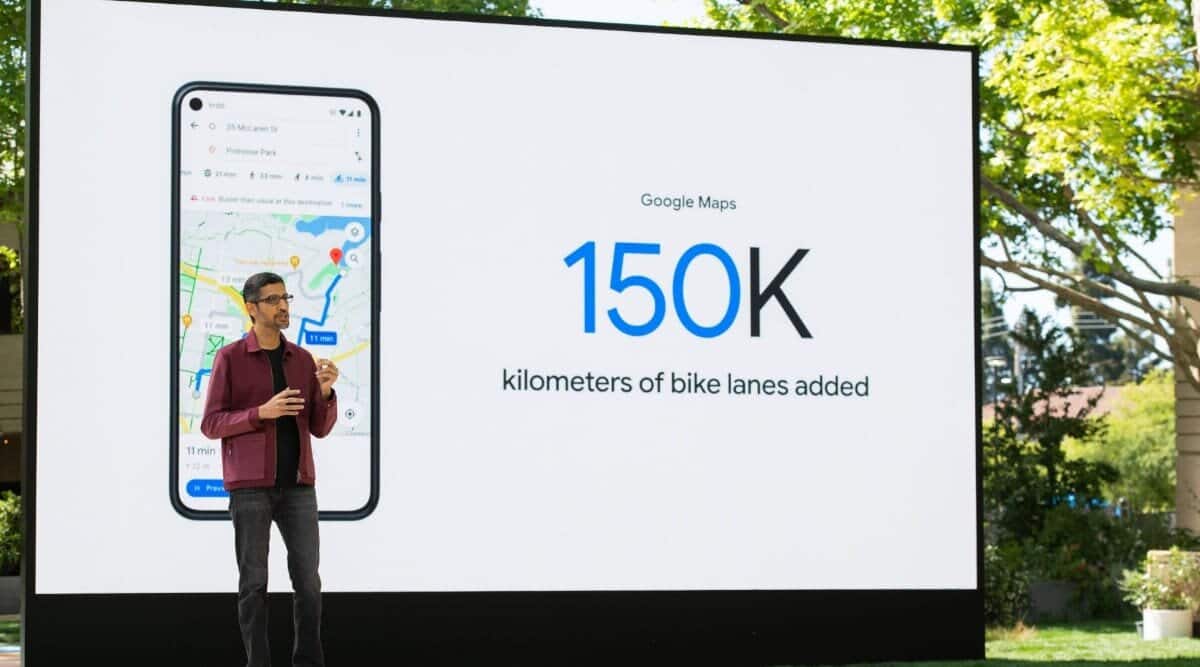 Google Maps is getting various new features, and the updates were announced at the ongoing Google I/O 2021. Features include more detailed street maps, expansion to the existing Live View feature and better navigational routes with the help of machine learning.

Google will now provide users with more detailed street maps. The feature which was initially announced last August in select areas. It will start rolling out in 50 more cities, including Berlin, São Paulo and Seattle among others, by the end of 2021.

Google Maps makes use of AI to show users if they are likely to encounter obstructions such as sidewalks and crosswalks, while planning their route. Google hopes that the new feature can help pedestrians plan the most accommodating route. The feature will be very useful for people using a stroller or wheelchair. Users will be able to access Live View right from the map and see helpful details about nearby shops and restaurants and find out how busy they are (Image source : Google)

Google Maps will use its Live View feature to aid users, who are exploring a new neighbourhood. Live View uses AR signs to help users with real world navigation, but Google is expanding its use case further.

Users will be able to access Live View right from the map and see helpful details about nearby shops and restaurants, how busy they are, recent reviews and photos. The feature will also show helpful new street signs for complex intersections. Live View is not yet available in India.

Google Maps is getting a new feature, which will use machine learning and navigation information to help users avoid having hard-braking moments during the drive and show the most optimised route. When a user opts to get directions in Maps, the service calculates multiple route options to the destination based on several factors.

Google will now opt to show the fastest routes, and identify which route is likely to reduce your chances of encountering a hard-braking moment. It remains to be seen if this will be implemented in India and how accurate the feature will be here.

Google Maps will now tailor its user experience to individual users. For example, the Google Maps service can now more prominently display breakfast places and coffee shops in the morning to help users who are stepping out at the time. Later in the day, Google Maps can show dinner places.

If user is traveling somewhere, the service will better highlight popular tourist destinations and landmarks. Google Maps’ new feature will expand to cover entire areas, like a neighbourhood or a popular part of town. This could also help users stay away from busy and crowded areas.