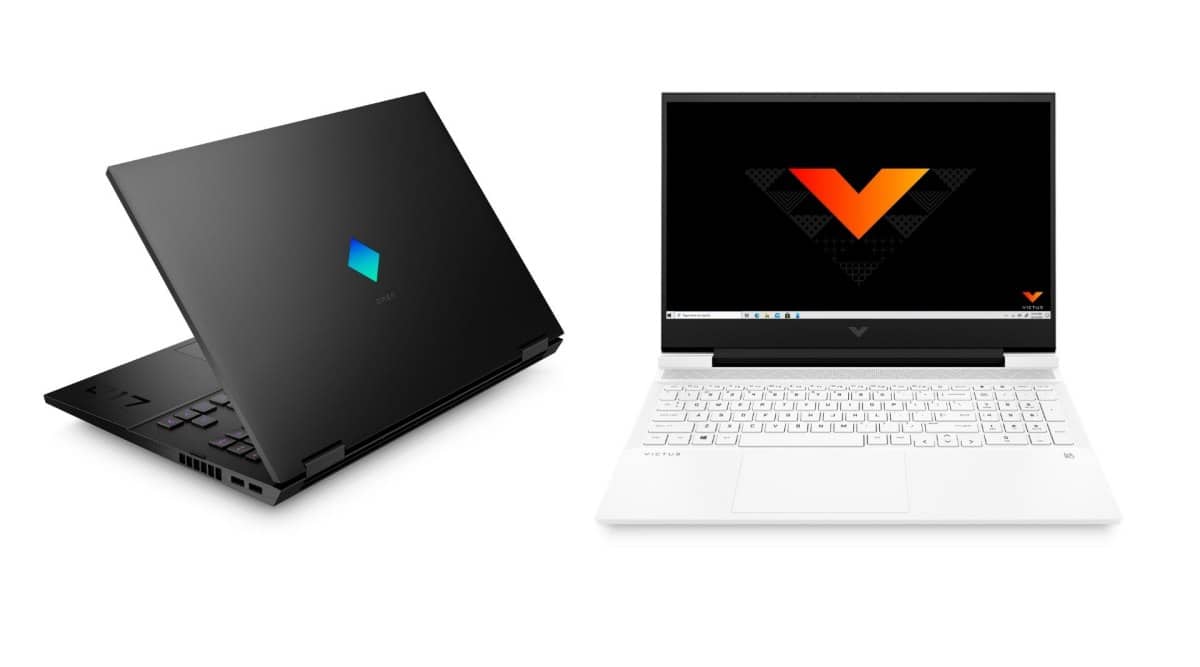 HP is updating its Omen 16 and Omen 17 gaming laptops and has announced an entirely new gaming notebook sub-brand called the Victus. The company has also announced a new gaming monitor, Omen 25i. HP is also updating its Omen gaming hub with a new add-on called Omen Oasis that allows users to live stream while playing a game with other people.

The laptop will ship with either a single SSD up to Gen4 1TB PCIe storage7 or Dual SSD supporting RAID 09 storage options. Victus by HP 16 comes in three color variants including mica silver, performance blue, and ceramic white. Victus by HP 16 is expected to be available this June via HP.com and other retailers for a starting price of $799.99.

HP’s new monitor, the Omen 25i features a FHD 24.5-inch IPS panel. While the resolution is nothing out of the ordinary, the Omen 25i also has support for 165Hz refresh rate, which will allow for higher frame rates than what you’d see in a more standard 144Hz display. As a result of the resolution being limited to 1080p on this monitor, it’ll be easier to hit those higher frame rates too.

The company has stated that the Omen 25i has a 1ms response time. The monitor supports 8-bit colour, offers 400 nits of brightness, covers 90% of DCI-P3 colour gamut, and is a VESA certified HDR 400 panel. HP is shipping the new monitor with a very interesting feature called the Game Remaster Mode, which applies filters to lower resolution games to make them look a bit more modern. This will help in improving the experience while playing classic games on modern PCs. The Omen 25i supports both NVIDIA G-Sync and AMD FreeSync Premium Pro. IO options include one HDMI 2.0 port, one DisplayPort 1.4, and two USB-A 3.1 Gen 1 ports.

HP has also revealed that the Omen Gaming Hub is getting an add-on called Omen Oasis, which will allow users to stream gameplay or share your screen with up to 16 people. Omen Oasis streams are said to be invite-only which means if you want to only stream for your friends, but don’t want to put a stream up on platforms like YouTube where the feed is generally public.

The Omen 25i monitor will be launching this July at a starting price of $349.99 which translates to around Rs 25,500. Omen Oasis is entering beta today in the US. The company has stated that the add-on will soon be available to the rest of the world.

HP’s Omen 16 and Omen 17 gaming laptops are said to be packed with up to QHD16 165Hz IPS panel with 3ms response time17 with support for 100% sRGB. The new HP gaming laptops come with Eye-safe display certification for a better viewing experience while gaming.

The keyboards feature RGB lighting with OMEN Gaming Hub Light Studio integration. The laptops are said to feature efficient cooling with OMEN Tempest Cooling Technology with features such as Dynamic Power and OMEN Gaming Hub’s Performance Control for efficiently running games without overheating. Here is everything you should know.

OMEN 16 will be powered by either the Intel Core i7-11800H series processors or the 8-core AMD Ryzen 5900HX Mobile Processors. The laptop comes with NVIDIA GeForce RTX 3070 Laptop GPU 8 GB / AMD RDNA 2 architecture-based graphics on board for better visuals. The Omen 16 comes with up to 32GB DDR4 RAM and will ship with either up to 1TB PCIe Gen 4×4 SSD9 or up to two 1TB PCIe SSDs supporting Raid 09. HP has said that the laptop can last for up to 9 hours on a single charge.