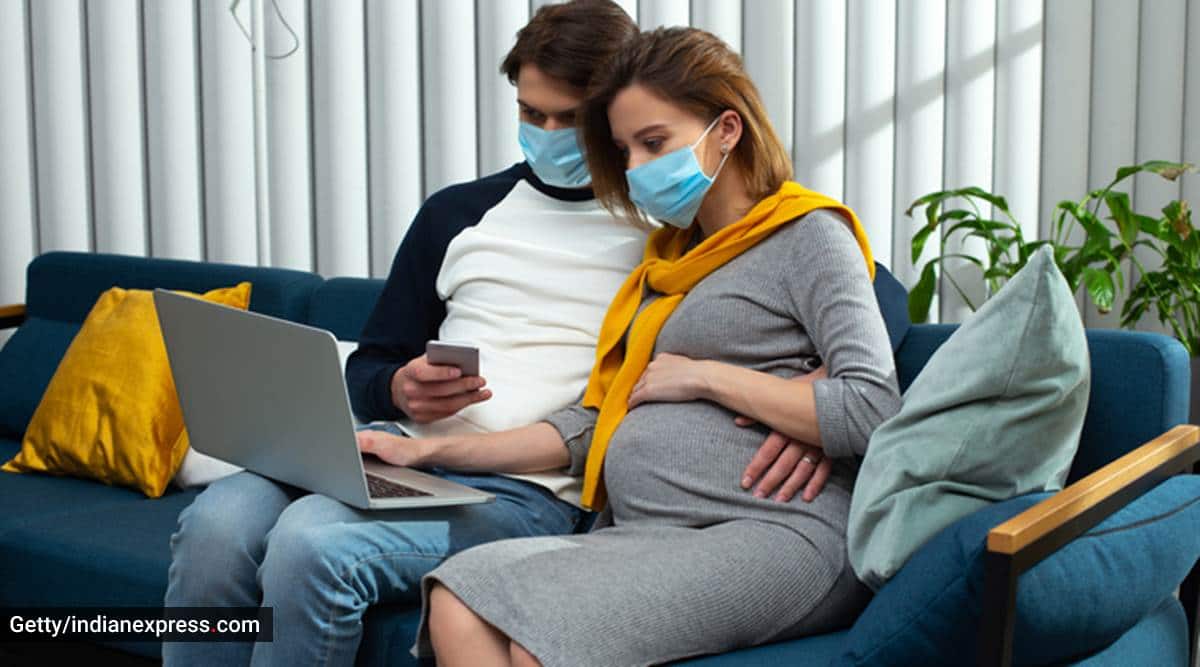 There are still some doubts surrounding the COVID-19 vaccine. Among other things, people are keen to know if the vaccine is in any way harmful for a pregnant woman and her unborn baby, and whether it has any impact on couples trying for a baby — if they should postpone their plans, etc.

While there are many myths which keep circulating, doctors caution against believing them. Indianexpress.com reached out to two doctors to understand the impact of the vaccine on pregnant women, and those thinking of having a baby in the near future.

Here’s what they said.

According to Dr Gayatri Deshpande, senior consultant, gynaecology and obstetrics at Nanavati Max Super Speciality Hospital, in India, there are millions of lactating mothers, expecting women, and women attempting pregnancy. “The vaccine doesn’t only negate the risk of infection, but also substantially reduces its severity. Thus, the advantages of vaccination outweigh risks by a huge margin.”

“Over 5,000 pregnant and lactating women presented a robust immune response post-vaccination in a recent study done in the United States,” she said, adding: “The protective antibodies were isolated in the umbilical cord at the time of delivery and in the breast milk, which indicated the immunity was transferred to the newborns at birth.”

She also explained about 25 per cent of pregnant or lactating women experienced mild side-effects post vaccination, such as “nausea, vomiting, fever and body ache”. “They aren’t a cause of concern and should be treated symptomatically. It is to be noted if a woman is planning for a baby, neither Federation of Obstetric and Gynaecological Societies of India (FOGSI) nor The International Federation of Gynecology and Obstetrics (FIGO) contraindicate her from vaccination. Reason being, one cannot predict the time of positive conception and it is not advisable to deprive the woman from the vaccine protection in the interim.”

Dr Deshpande said the most important thing to be kept in mind is there’s no risk of miscarriage, preterm delivery, embryonic or congenital anomalies, feotal growth or developmental issues related to administration of vaccine during pregnancy. “If a woman is still sceptical, she can postpone it by 12th week of gestation or third to fourth month of pregnancy.”

Dr Sonal Kumta, consultant, obstetrics and gynaecology at Fortis Hospital Mulund, meanwhile, told this outlet that it is all right for couples planning a baby right now to take their vaccine. “They can get their two doses and then plan their pregnancy after a four-week interval.”

She warned that there are some myths which people think to be true. “The myths are usually regarding the side effects. The common side effects might be limited to pain or soreness around the site of injection, feverish feeling, body ache, headache, and sore throat. These should not be the reason for vaccine hesitancy.”

So then, can a couple go ahead and schedule both their vaccine date and plan for a baby?

“They can plan both at the same time. If they get access to vaccination, they should go ahead with it. The benefits of getting vaccinated outweighs the minor side-effects associated with it,” the doctor concluded.