The COVID 19 infection affects the respiratory system, as a result of which many patients have reported shortness of breath and lower oxygen levels during the ongoing second wave. As such, the demand for supplemental oxygen has risen manifold, with many states even reporting a shortage. A normal oxygen level is usually 95 per cent or higher.

At such a time, to help fellow citizens, a Twitter user has shared a video of a person explaining a simple way to “improve” oxygen levels to above 95, and then also demonstrating it using a pulse oximeter.

For those who are having oxygen saturation level around 90

Pronal or Ventilator breathing. See the amazing results. Hats off to the person who made this video pic.twitter.com/mNcnkFepLm

In the video, the man can be seen saying that while in the sitting position the oximeter read 95 and below, in the prone or on the stomach position with pronal breathing, the oxygen levels are seen to steadily increase to 98 from 93-94 within a minute.

Does lying face down in the prone position or proning, actually work?

While to many it may come as a surprise, but lying on the chest and stomach position, or on the sides, is considered to help the body get air into all areas of the lungs rather than lying flat on the back. The technique has proven to be an effective measure for a long time in the treatment of patients with acute respiratory disease syndrome (ARDS) and is considered “a simple and safe method to improve oxygenation”, as per a study published in the European Respiratory Journal, 2002.

The study mentioned how the main physiological aim of prone positioning are: to improve oxygenation; to improve respiratory mechanics; to homogenise the pleural pressure gradient, the alveolar inflation and the ventilation distribution; to increase lung volume and reduce the amount of atelectatic regions; to facilitate the drainage of secretions; and 6) to reduce ventilator-associated lung injury.

The study also concluded that oxygenation improves in 70–80 per cent of patients with early acute respiratory distress syndrome.

Indianexpress.com reached out to a panel of experts to understand more. Here is what they said:

Why is oxygen count necessary to monitor?

As COVID cases surge in the country, it is necessary to take adequate precautions and help prevent the further spread of the disease. One of the prominent ways is to monitor your oxygen levels in the body – a significant drop can be a sign of emergency – with a pulse oximeter. While most healthy individuals get a reading of 95 and above, any significant drop should be brought to the attention of the consulting physician to seek immediate medical help before the infected individual reaches the critical stage of acute respiratory disease syndrome (ARDS). Patients presenting with ARDS need mechanical ventilation, as their lungs are unable to oxygenate blood on their own due to fluid accumulation.

While the respiratory illness mostly starts with mild symptoms like fever, dry cough, and sore throat and, in several people, with a loss in the senses of smell (anosmia) and taste (ageusia), as it progresses, the disease can also present with more severe symptoms like viral pneumonia, which causes acute respiratory distress syndrome (ARDS).

How does the prone position help?

“This position helps in improving oxygen flow in patients who are critical, in turn ensuring that they are less likely to require ventilator support,” said Dr Praveen Gupta, director and head of department, neurology, Fortis Memorial Research Institute, Gurugram.

“Awake proning delays the use of mechanical ventilation and facilitates the patients with severe ARDS or severe pneumonia in maintaining the supply of oxygen to the body tissues. Since medical institutes are overburdened and limited ventilators are available, awake proning can reduce not only the burden on hospitals but also decrease the need for ventilators,” as per a National Center for Biotechnology Information (NCBI) study ‘Awake Proning: A Necessary Evil During the COVID-19 Pandemic’ published in Cureus Journal in July 2020. 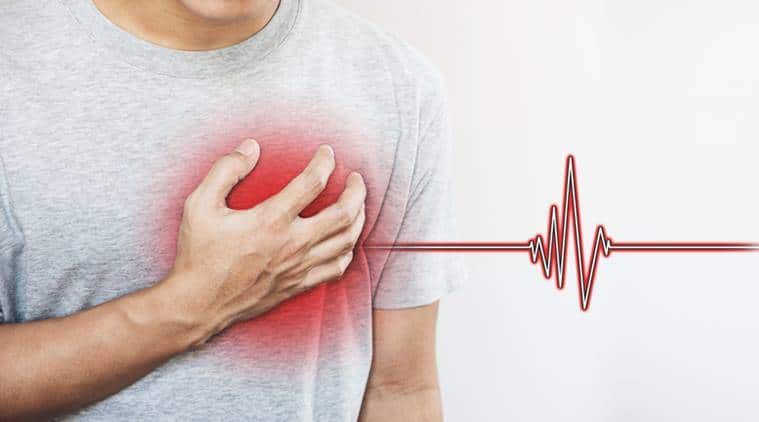 How does it work?

According to Dr Gupta, proning has been used on patients who have had severe respiratory illnesses. “When a patient is in the prone position, due to gravity, air moves up to the air sack. Therefore, this helps in better distribution of oxygen to the lungs and other parts of the body. There is no adverse effect related to the position, however, we must keep in mind that proning is not the sole solution to improve oxygen level and it should be complemented with other necessary treatments as well,” he said.

A study conducted in New York regarding the effectiveness of self-proning came out with promising results. The study was based on the quick proning of patients that presented with moderate to severe ARDS after an incident of COVID-19. The patients were put into the prone positions for about 18 hours a day while the breathing cycles started showing improvements after five minutes of assuming the position of awake proning.

As per the findings published in the journal Accident Emergency Medicine in May 2020, 50 patients with confirmed hypoxia were under focus for this study and their median saturation of oxygen in blood was 80 per cent, which was raised to 84 per cent after the provision of supplemental oxygen. After five minutes of lying in the prone position, the levels of oxygen saturation were raised to 94 per cent, and the patients were also put on supplemental oxygen. In this study, intubation was not needed in nearly two-thirds of the admitted patients.

Is it for everyone affected with COVID-19?

No. As per the NCBI study,

*A history with spinal instability like spondylolisthesis, scoliosis, injury, or trauma to the spine

“It is recommended that patients suffering from ARDS be advised to acquire a prone position while they are conscious but while falling asleep, a neutral position should be advised,” mentioned the 2020 study.

Interestingly, the 2002 study also noted how the beneficial effects of oxygenation reduce after one week of mechanical ventilation; and intensive care unit and hospital stay and mortality still remain high despite prone positioning.

Agreed Dr Jyoti Mutta, senior consultant, microbiology, Sri Balaji Action Medical Institute and said, “Prone position meaning lying on your stomach and deep breathing can help improve oxygenation in patients with Covid-related pneumonia but it remains to be seen how long does the effect of proning last or does proning prevent the need for intubation or merely delay it.”