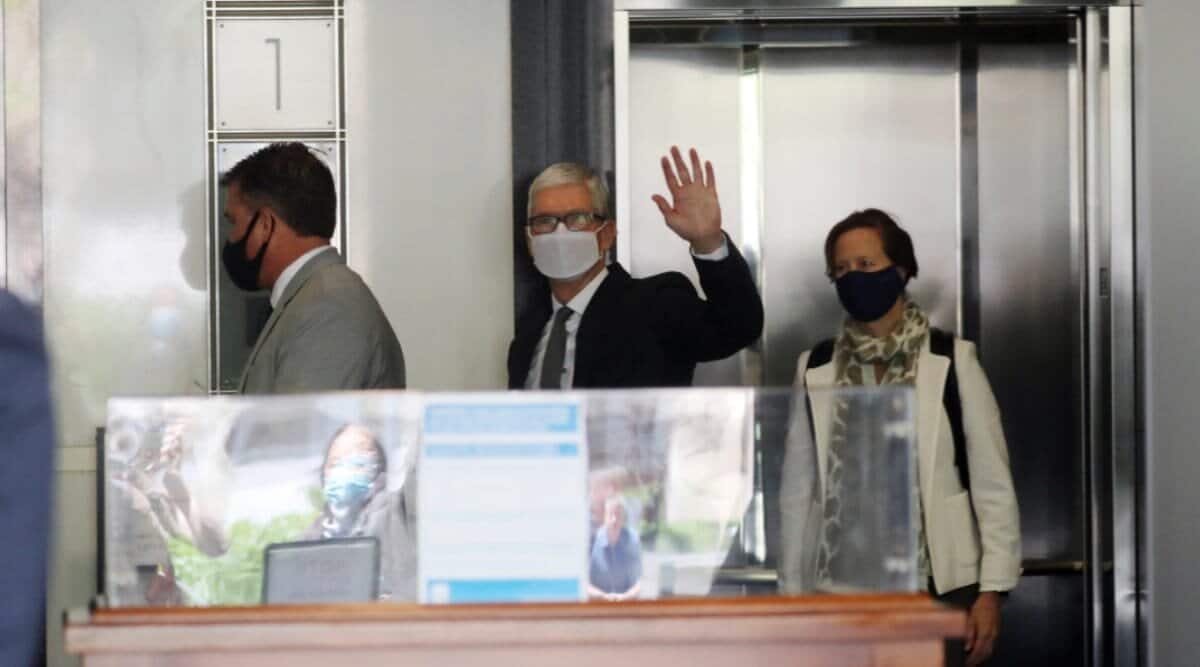 Tim Cook took the stand for the first time as Apple’s CEO. The billionaire creator of one of the world’s most popular video games walked a federal judge through a tour of the so-called metaverse. And lawyers in masks debated whether an anthropomorphic banana without pants was appropriate to show in federal court.

For the past three weeks, Apple has defended itself in a federal courtroom in Oakland, California, against claims that it abused its power over the iPhone App Store, in one of the biggest antitrust trials in Silicon Valley’s history. Epic Games, the maker of the popular game “Fortnite,” sued Apple last year seeking to allow apps to avoid the 30% commission that the iPhone maker takes on many app sales.

On Monday, the trial — which covered esoteric definitions of markets as well as oddball video game characters — concluded with Judge Yvonne Gonzalez Rogers of the US District Court for the Northern District of California pressing the companies on what should change in Apple’s business, if anything. The decision over the case, as well as the future of the $100 billion market for iPhone apps, now rests in her hands. Gonzalez Rogers has said she hopes to issue a verdict by mid-August.

Yet even in an era of antitrust scrutiny of the world’s biggest tech companies, the trial showed how difficult it was to take on a $2.1 trillion corporate titan like Apple.

To sue Apple, Epic spared little expense. The games maker, which is based in Cary, North Carolina, sacrificed a valuable product when Apple yanked the “Fortnite” iPhone app — which had generated more than $1 billion in sales — from the App Store. Epic also spent millions of dollars on lawyers, economists and expert witnesses. Yet it still began the trial at a disadvantage because antitrust laws tend to favor defendants, according to legal experts who tracked the case.

While Gonzalez Rogers signaled openness to Epic’s arguments during the trial, a ruling in favor of the video game maker might not lead to momentous changes in the market for mobile apps. Any verdict is also likely to be tied up in appeals for years, at which point rapid change in the technology industry could leave its effects obsolete.

“To mount a credible antitrust campaign, you need to have a significant war chest,” said David Kesselman, an antitrust lawyer in Los Angeles who has followed the case. “And the problem for many smaller companies and smaller businesses is that they don’t have the wherewithal to mount that type of a fight.” 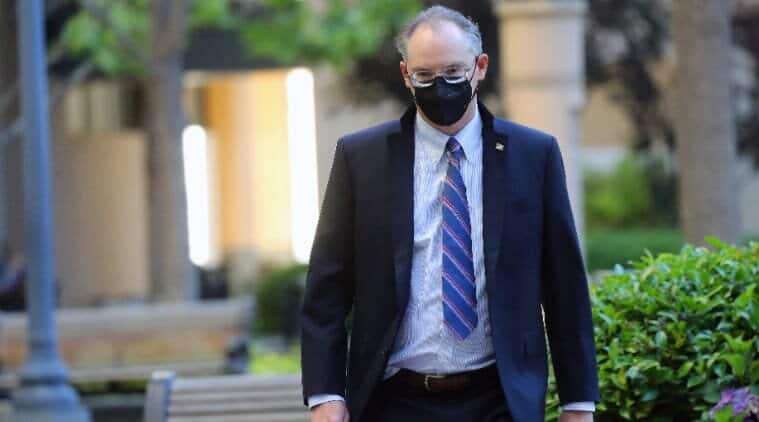 The case focused on how Apple wields control over the iPhone App Store to charge its commission on app sales. Companies big and small have argued that the fee shows Apple is abusing its dominance, while Apple has responded that its cut of sales helps fund efforts to keep iPhones safe. Regulators and lawmakers have homed in on the issue, making it the center of antitrust complaints against the company.

Epic’s lawsuit was the biggest test yet of those claims — and the best shot for app developers who want to weaken Apple’s grip on the iPhone app market. Tim Sweeney, Epic’s CEO and a longtime antagonist to Big Tech companies, has said he is “fighting for open platforms and policy changes equally benefiting all developers.”

Throughout the trial, lawyers, investors and journalists parsed Gonzalez Rogers’ comments and questions for hints of her thinking. When Epic brought its witnesses to the stand, she appeared at points to be sympathetic to Apple’s arguments. But the angle of her questions shifted when Apple presented its witnesses, including Cook, last week.

In a sharp back-and-forth with the Apple CEO on Friday, Gonzalez Rogers told Cook that it was clear his company had made changes to its app store fees in response to public pressure. She then interrogated him on why Apple was unwilling to give iPhone users more choice on where they could buy apps. In response, Cook effectively admitted that Apple wanted to maximize its profits.

On Monday, Gonzalez Rogers’ comments suggested that she believed Apple deserved to profit from its innovations. But she also questioned some of the ways it sought to do so.

“The 30% number has been there since the inception. And if there was real competition, that number would move. And it hasn’t,” she said of Apple’s commission on app sales. She also said that it was anticompetitive for Apple to ban companies from telling customers that they could buy items outside of iPhone apps.

At other times Monday, she appeared reluctant to force Apple to change its business. “Courts do not run businesses,” she said.

Gonzalez Rogers also suggested that Epic’s requested outcome in the case would require a significant change in Apple’s business and questioned whether there was legal precedent for that. “Give me some example that survived appellate review where the court has engaged in such a way to limit or fundamentally change the economic model of a monopolistic company?” she asked Epic’s lawyers.

The judge has said she expects her ruling to be appealed to the U.S. Court of Appeals for the 9th Circuit. If appealed, a three-judge panel in that court could review her decision. Apple or Epic could then try to appeal that ruling to the US Supreme Court.

If Gonzalez Rogers sides with Epic, Apple would most likely seek to keep her ruling from taking effect until the appeals court weighs in, and she would probably be open to that request, said Kesselman, the antitrust lawyer. Courts are generally hesitant to force changes to businesses that could then be overturned on appeal, he said, and it was thus likely that any changes to the App Store could take years to arrive.

A victory for Epic would still be a boost for the wider antitrust fight against Apple. The Justice Department is investigating Apple’s control over its App Store, and some federal lawmakers have said app stores are a monopoly and ripe for a legislative fix. Apple also faces two other federal lawsuits over its app fees — one from consumers and one from developers — which are both seeking class-action status. Gonzalez Rogers is also set to hear those cases.

Similarly, a victory for Apple could deflate those challenges. Regulators might be wary to pursue a case against Apple that has already been rejected by a federal judge.

Gonzalez Rogers may also deliver a ruling that makes neither company happy. While Epic wants to be able to host its own app store on iPhones, and Apple wants to continue to operate as it has for years, she might order smaller changes.

Former President Barack Obama nominated Gonzalez Rogers, 56, to the federal court in 2011. Given her base in Oakland, her cases have often related to the technology industry, and she has overseen at least two past cases involving Apple. In both cases, Apple won.

She concluded Monday’s trial by thanking the lawyers and court staff, who mostly used masks and face shields during the proceedings. Months ago in the throes of the coronavirus pandemic, it was unclear if the trial could be held in person, but Gonzalez Rogers decided that it was an important enough case and ordered special rules to minimize the health risks, including limits on the number of people in court.

Epic opted to include its CEO over an extra lawyer, and Sweeney spent the trial inside the courtroom, watching from his lawyers’ table. Sweeney, who is typically prolific on Twitter, didn’t comment publicly over the past three weeks. On Monday, he broke his silence by thanking the Popeyes fried chicken restaurant next to the courthouse.