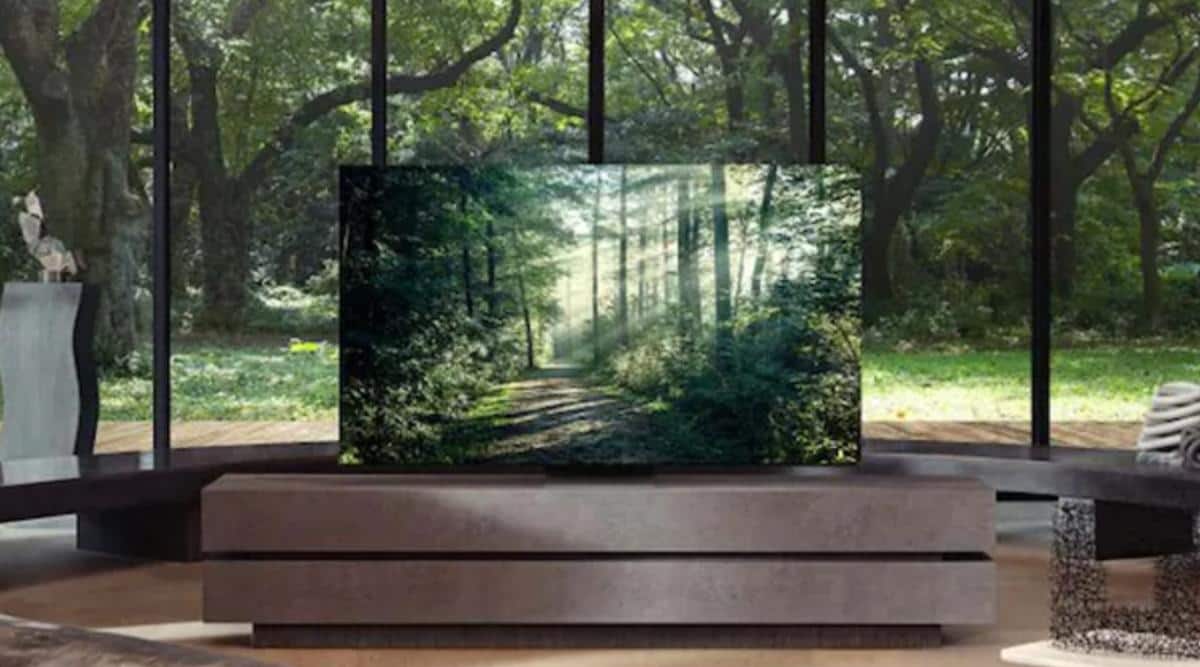 Mini-LEDs are all the rage for television screens and other larger display panels right now and Apple is expected to announce new devices sporting this technology next week. It is the next big jump in the industry and brands that are already producing Mini-LED products are boasting about its contrast capabilities.

But what is Mini-LED technology? How does it work? How expensive is it and what are some of the real-life benefits that you can expect from a Mini-LED display? These are some of the questions on top of people’s minds. Here we try to answer how this technology can make the displays better in your next tablet or TV.

What is Mini-LED technology?

Unlike a lot of tech jargon, the name gives away a lot here. Mini-LEDs are essentially very small LEDs (around 0.2 millimetres in size or a bit smaller) that collectively produce the backlight on LCD display panels. Sitting behind the LCD matrix, they offer granular control over light intensity and hence a better contrast ratio. However, they shouldn’t be confused with Micro-LEDs, which are even smaller in size. However, to understand how Mini-LEDs work, lets look at a quick explanation of LCD, AMOLED and Micro-LED, just to get any confusion out of the way.

A traditional LCD display consists of a single backlight that throws light on your screen. However, the contrast is controlled by something called an LCD matrix. The matrix selectively blocks out certain parts of the backlight to produce contrast on the individual pixels.

However due to this, when one pixel is supposed to show a bright colour, like white, and the pixel next to it is supposed to show a dark colour like black, the single backlight ends up throwing some extra light meant for the white pixel on the adjacent black pixel as well, preventing the dark pixel from showing a true pitch-black colour. This is called bleeding. This is also the reason why even if you show a completely black screen on an LCD panel, you do see a sort of greyish tint on the display in low light, rather than a true, punchy black, something that we do see on OLED displays.

On OLED displays, we see each individual pixel with its own lighting given this is an emissive technology. This allows the screen to have granular control over, which pixel is supposed to show more light and which one is not. Hence, when you do see a black coloured pixel on an OLED panel, that pixel is as good as completely turned off. This gives it that punchy black goodness. OLEDs typically have a better contrast ratio compared to traditional LCDs.

Micro-LEDs are an extension of OLED panels, on a more precise scale. Micro-LED panels basically mean smaller individual LED panels in an OLED screen. While OLED panels already cost more than LCD panels, Micro-LEDs take that cost up way higher for this very reason. Making even a fairly small Micro-LED panel incurs a lot of cost because of the super-precise construction. That is also likely why most of us will not be using Micro-LED TVs in our homes anytime soon.

So how do you combine the contrast ratio of an OLED panel and the low cost of an LCD panel? Well, that is where Mini-LEDs come in.

Consider the same LCD panel we talked about above. Now imagine if that single backlight behind the LCD matrix could be divided into further parts, or in tech terms, zones. This would allow the display to lower the intensity of particular zones where black or other darker shades need to be shown while keeping other zones bright, where lighter colours are supposed to be shown.

This would significantly improve the contrast ratio on our LCD panel. This exact technology, where the backlight is divided into multiple zones is called Local Dimming and is a common feature in premium LCD displays.

Thanks to technological innovations, the size of these individual light-emitting diodes in our LCD backlight has gotten much smaller. One individual diode can be less than a tenth of a centimetre. This super small ‘mini’ size allows the backlight to be divided into many more Local Dimming zones. While a regular LCD display with Local Dimming can have anywhere between dozens and a few hundred backlight zones to improve contrast, Mini-LED displays will have a thousand, allowing a lot more granular control over that same contrast.

Mini-LEDs are essentially the best of both worlds between traditional LCDs and OLED panels. They bring the contrast of OLED panels and are set to be much easier and cheaper to make than OLED displays. Further, the ease of making a Mini-LED panel (compared to an OLED or Micro-LED panel) also means they can be used to construct small displays, like the ones we see on notebooks, tablets and yes, even smartphones.

While Mini-LEDs are still on the expensive side, the technology is set to become more affordable in the near future, and could eventually replace displays on affordable technology like non-premium TVs, monitors, smartphones and more.

Today, Mini-LEDs are already being implemented in TVs and even laptops like the MSI Creator 17. The technology is also set to power all Apple iPads and MacBooks of the future. The upcoming iPad Pro is likely to have a Mini-LED display.

Once the tech becomes mainstream in a few years, getting your own Mini-LED TV or laptop is going to become much more affordable. Hence, if you’re planning to spend big on a new LED TV, it might just be a good idea to wait for a little while as Mini-LEDs are set to get you more bang for your buck. Some Mini LED TVs like the new Samsung QLED series have already started coming to India, so you could check them out as well.