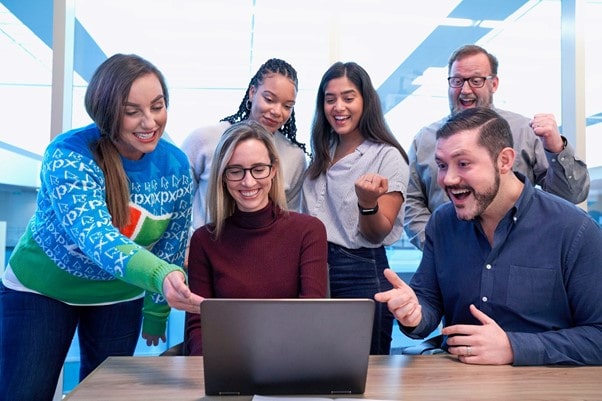 When Mark Zuckerberg announced that Facebook was shifting its attentions to creating a virtual world called the Metaverse, it seemed like we had reached a new level in our love affair with technology and the online entertainment industry.

As we move into 2022, the online entertainment industry has continued to boom and shows no signs of slowing down anytime soon. Streaming music, television and movies is one of the biggest parts of the industry and one that is definitely here to stay for the long term.

How we listen to music at home and on the go has been one of the fastest and most interesting technological developments of the last 30 years. In that time, we’ve gone from cassette tapes to CDs to MP3 players and now to streaming music on our phones. One thing has been consistent — each development has put more music at our fingertips. Now, with streaming services like Spotify we can listen to anything at all, without having to download it.

Streaming giant Netflix is our go-to site for binge watching the latest shows and old favourites. Their competition keeps growing and improving, which shows just how lucrative an industry streaming movies and television shows is. Besides other giants like Amazon Prime and Hulu, now nearly every major channel has their own streaming service.

While it can be frustrating to feel like you have to subscribe to tons of different services in order to watch everything, the amount of content available is amazing. Having so many choices accessible at all times shows why streaming sites will continue to flourish.

iGaming is the term used for all of the different types of online gaming. It encompasses everything from sports betting to slot machines to table games. The iGaming industry was already beginning to take over the gambling market from traditional land-based casinos before 2020. In the last 2 years, however, its growth has been explosive.

Not only are online casinos more convenient than their land-based counterparts, they are also able to offer a wider variety of games. In addition, many offer more payment and withdrawal options than traditional casinos. Some even have the option for fast withdrawals to ensure that you always have access to your deposits.

What’s really exciting is what some researchers and developers have been suggesting — that blockchain technology could eliminate the need for a central authority and make every bet and transaction completely transparent. This would make the industry more open and prevent fraud, increasing player trust.

Virtual reality has been talked about as the next big thing every so often since the 1990s. Finally, in the 2020s that’s coming true. In the last few years, virtual reality technology has improved to the point that it’s appealing to a mass audience, not just dedicated gamers, and it has a price point to match. The newest VR headsets are smaller (and more stylish!) without sacrificing quality.

Having a tethered headset, like the Oculus Quest with Sony PlayStation VR, might initially seem like a step back, but it actually means that the entire processing power of the PC or gaming system that it is connected to can be dedicated to making the visuals and experience as immersive as possible.

When most of us think of virtual reality, we think of video games. VR has so much more potential than that. Many museums have begun digitising their collections, imagine how incredible it would be to be fully immersed in the world of some of the great works of art, or how much VR could add to the experience of attending a streaming concert — you could actually feel the vibrations of the bass and the excitement of the crowd. If something a little more relaxing sounds appealing, VR could allow us to explore cities and national parks around the world without leaving our homes.

How will the online entertainment industry change and develop in the coming years? Perhaps we will see an intersection between iGaming and virtual reality, with virtual online casinos where players can interact with the cards and the dice and one another. Until then, we can enjoy both of them separately along with all of the other online entertainment that exists.