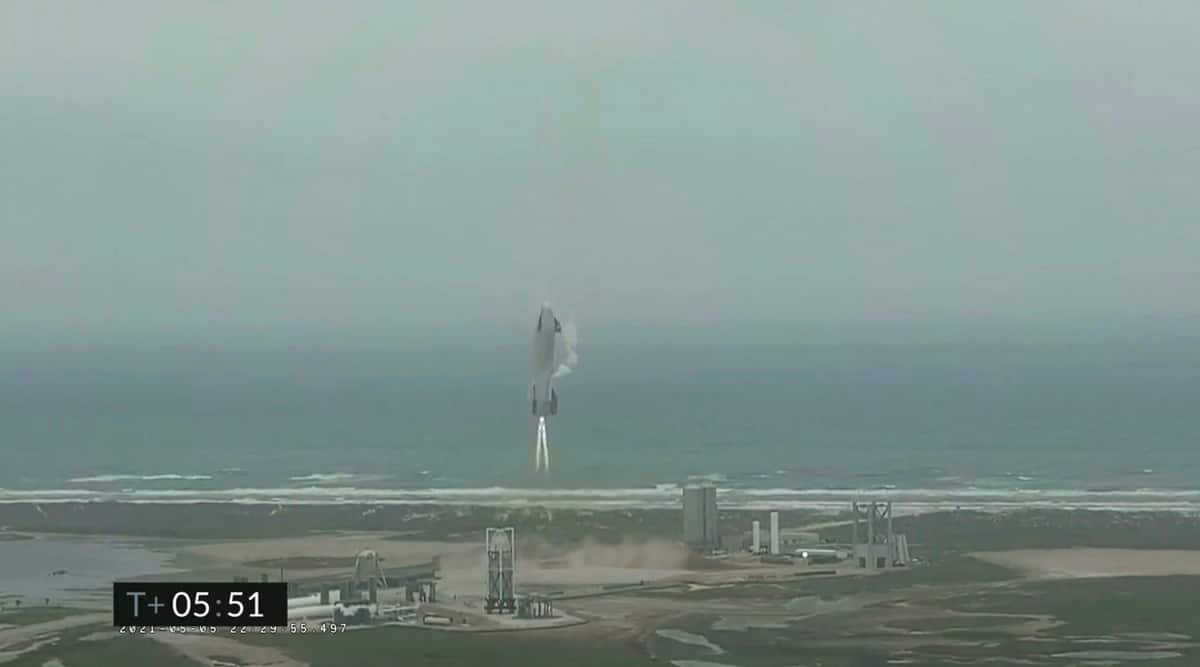 SpaceX launched and successfully landed its futuristic Starship on Wednesday, finally nailing a test flight of the rocketship that Elon Musk intends to use to land astronauts on the moon and send people to Mars.

The previous four tests flights ended in fiery explosions before, during or soon after touchdown at the southeastern tip of Texas, near Brownsville.

This latest upgraded version of SpaceX’s full-scale, stainless steel, bullet-shaped rocketship soared more than 6 miles (10 kilometers) over the Gulf of Mexico before flipping and descending horizontally, and then going vertical again just in time for touchdown.

“Starbase Flight Control has confirmed, as you can see on the live video, we are down. The Starship has landed!” announced launch commentator John Insprucker.

A fire at the base of the 160-foot (50-meter) rocket quickly was extinguished, and the rocket remained standing after the six-minute flight. Musk tweeted the landing was “nominal” _ by the book, in other words.

Success came on the 60th anniversary of the flight of first American in space, Alan Shepard. And it capped a stunning two weeks of achievements for SpaceX: the launch of four more astronauts to the space station for NASA, the nation’s first nighttime crew splashdown since the Apollo moonshots, and a pair of launches for its mini internet satellites.

In this image from video made available by SpaceX, a Starship test vehicle sits on the ground after returning from a flight test in Boca Chica, Texas on Wednesday, May 5, 2021. (SpaceX via AP)

Less than a month ago, NASA chose SpaceX’s Starship to deliver astronauts to the lunar surface in the next few years. The $3 billion contract was halted last week, however, after the losing companies _ Jeff Bezos’ Blue Origin and Dynetics _ protested the selection.

Musk said last month that the NASA money will help development of Starship, which is meant to eventually launch atop a Super Heavy booster. He said it’s been a “pretty expensive” project so far and mostly funded internally. The first high-altitude test was in December.

“As you can tell, if you’ve been watching the videos, we’ve blown up a few of them. So excitement guaranteed, one way or another,” Musk told reporters after the private company’s second crew flight on April 23.