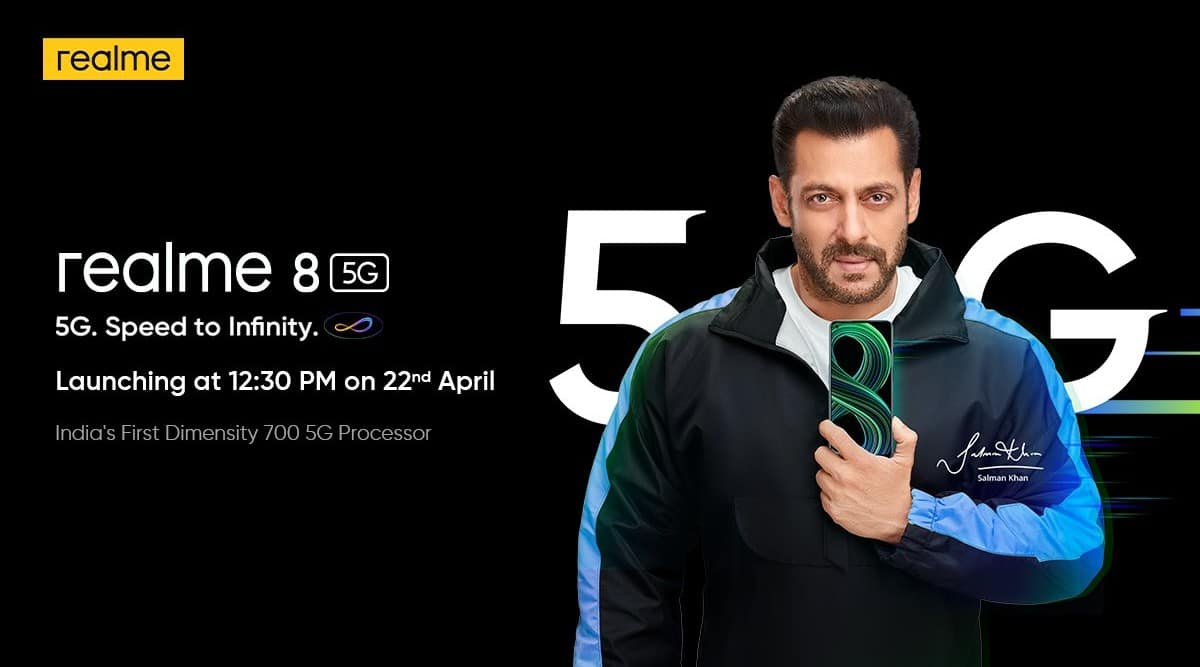 Realme has finally revealed the India launch date of the Realme 8 5G variant. The company recently launched the 4G version of the Realme 8 and now, it is all set to unveil the 5G version on April 22. The company has confirmed via its official Twitter handle that the device will be powered by MediaTek’s latest Dimensity 700 5G processor.

Realme has announced that the launch event will take place at 12:30PM and it will be live-streamed via the brand’s social media platforms, including Facebook and YouTube. The India price of the Realme 8 5G is expected to be under Rs 20,000. The 4G version is currently selling for Rs 14,999 via Flipkart. It is worth pointing out that the 5G variant will first be launched in Thailand on April 21.

Some of the teasers posted by Realme Thailand suggests that the upcoming 5G phone will feature a 6.5-inch hole-punch display. The single cutout, which is placed on the top left corner of the screen, will house the selfie camera. The display supports a 90Hz refresh rate and 180Hz touch sampling rate. It is worth noting that the 4G version of the Realme 8 only supports a 60Hz display.

One of the teasers also revealed that the phone has a side-mounted fingerprint sensor for biometric authentication. The device has a 3.5mm headphone jack and a 5,000mAh battery under the hood. The rest of the details are currently unknown. Several leaks and rumours suggest that the new Realme phone will offer a full-HD+ display, and will also be offered in the 8GB RAM option.

Realme will likely launch the smartphone in other RAM options. It is expected to run on Android 11 OS with Realme UI 2.0 on top. One of the teasers also shows that there is a rectangular camera module at the back, which includes four cameras. The setup will feature a 48MP primary sensor. The Realme 8 5G will likely go on sale through Flipkart and Realme.com.