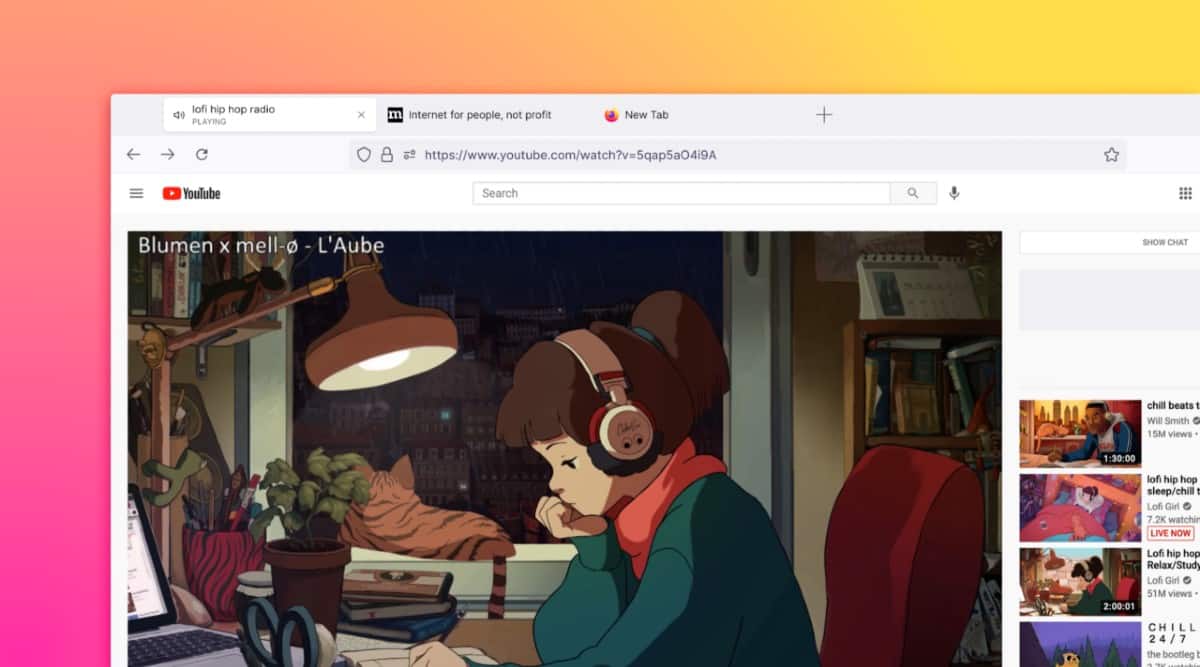 Mozilla has revamped Firefox’s design to offer users a faster and cleaner web browsing experience. The company claims that the new update will deliver a “safe, calm, and useful experience online.” The most significant change is in the tab interface. The tabs will now appear slightly bigger and detached from the browser to make them look separate from the toolbar.

“It’s no surprise that more than 50 percent of people have 4 tabs or more open. We redesigned these tabs so that they floated neatly,” the company said in a blog post. Mozilla says this tab design will allow users to easily move, rearrange, and pull out specific tabs. On popular browsers like Safari and Chrome, you will see the tabs are attached to the toolbar.

One will also find visual indicators on the new version of Firefox. The new update blocks autoplay videos until you visit that particular tab. Apart from this, the latest Firefox 89 update brings a streamlined settings menu with “less-cryptic” and clear labels that Mozilla says will make it easier to understand.

With this update, the company has also improved the way of showing browser notifications on Firefox. You will now see consolidated panels so you can respond more quickly and get back to why you were online in the first place faster.

“We specifically reduced some of the frustration and re-prompting associated with getting in and out of Google Meet meetings. Thanks to this pared-down interface, you can get to all your web calls and meetings with fewer clicks,” Mozilla said.

In addition to this, Mozilla has also updated Firefox for iOS and iPadOS. You will now see improved navigation around the app with new tab views and moved the synced tabs into the tab tray for better discoverability on any device. The company says it has “reduced the steps to search in a new tab by automatically popping up the keyboard, emphasizing the ability to do quick searches with the search engine logo, and adding the append feature.”

Mozilla has also refreshed design elements such as iconography and menu items naming “to be consistent across our desktop and Firefox for Android platforms.”