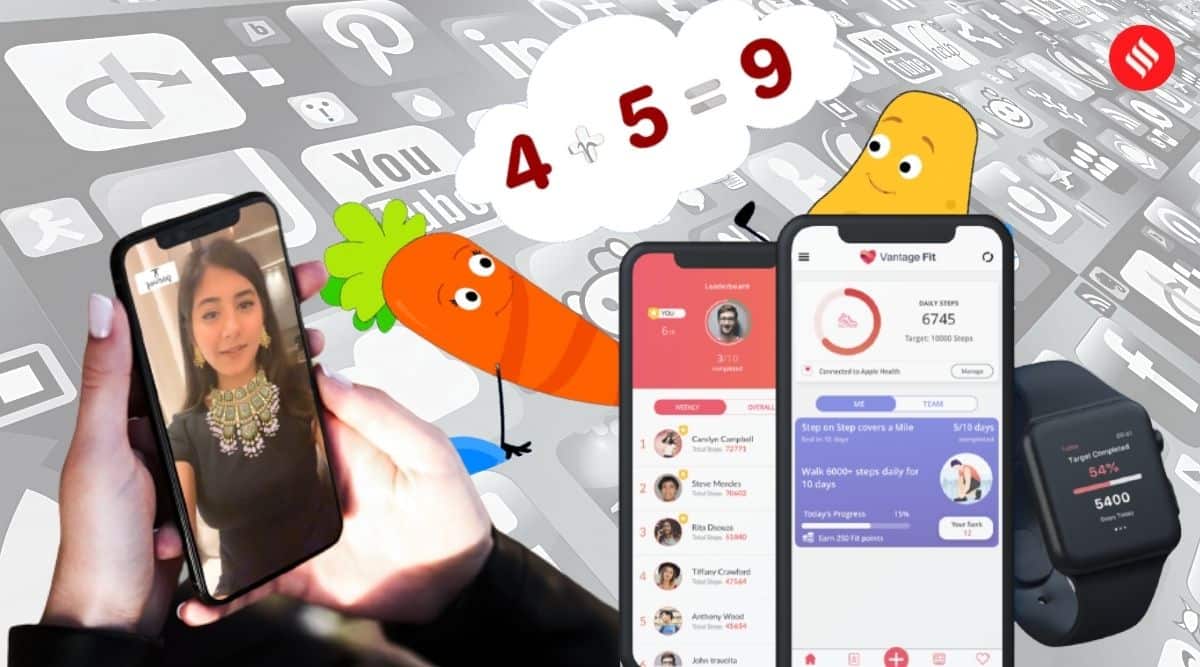 When we talk about locations that could spawn a globally successful app, then Guwahati would not come into many people’s minds. But India is slowly being peppered with many examples like that of Vantage Circle, an employee benefits and engagement platform gaining traction in the US and Europe but almost unknown in even their hometown.

“We actually have two apps, the other being Vantage Fit which tries to encourage corporate employees to take part in fact fitness activities,” says Anjan Pathak, co-founder and CTO at Vantage Circle. The app incentivises employees to keep themselves fit and use trackers to tabulate their progress with any fitness activity as well as yoga and meditation. The app’s recent innovation has been its ability to track users doing squats using the phone camera, along with heart rate and even what food is being consumed.

In 2019, Vantage Fit’s Watch app got noticed by Apple. “They called us and were fascinated by what we were doing. They asked us to come in, show what we have done and figure out how to improve the apps,” says Pathak on a call from Guwahati. “To be very honest, we are running this company from Guwahati where it is hard to find the skills needed and there is a clear lack of exposure. We started doing things without even knowing what is the right way,” he adds. 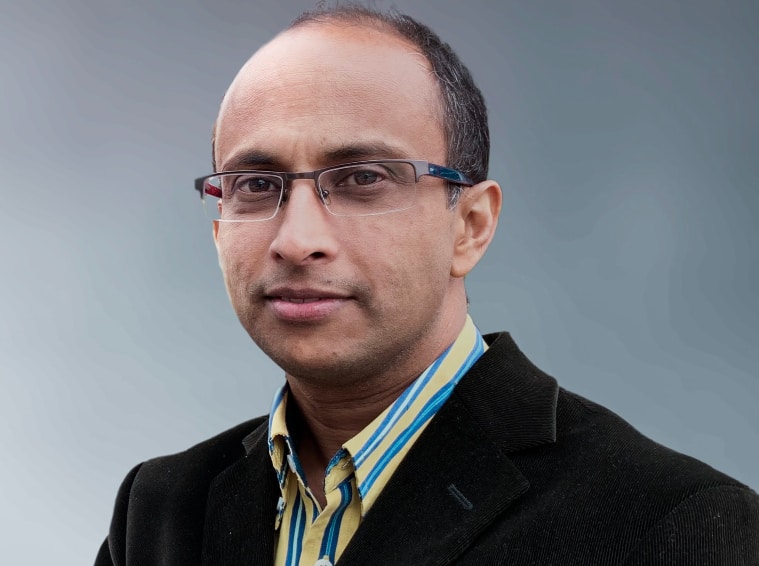 His visit to the Apple office in Gurgaon as part of an App Accelerator session was the beginning of a learning experience. “First time I went there they told us this was not exactly Apple design, as well had actually copied our Android design. They told us what to do about it. Then they told us how to take advantage of the Apple ecosystem, the Single Sign-On and Core ML,” Pathak explains how his apps started the journey to become more native to the Apple ecosystem with guidance from the App Accelerator teams.

In fact, conversations like these are not rare, but the norm for the App Accelerator in Bengaluru which went live over four years ago. “When people have discussions with us at the accelerator, they are usually born out of a need or a requirement,” says Eshwar Vangala, Senior Director of World Wide Developer Relations at Apple under whom the Bengaluru accelerator also comes. Vangala and his team have over the years worked with thousands of Indian developers and helped them achieve success in the app economy.

Apple’s Bengaluru app accelerator, established in 2017, has been helping developers improve their apps and learn new skills as well as soft skills that help them market their products and themselves better. Among the many success stories out of India have been apps like Calzy which won the Apple Design Award in 2018, Froggipedia which was the iPad app of the year in 2018 and many others like Lumy, Look-up, Cone and Bonfire which has been featured on the App Store.

And for most of these developers what really mattered was the ability to sit down with an expert, get their queries answered and learn something new. “The one thing that I’ve seen in India is you can throw documentation at people, set up public repositories and prop public websites, they’ll spend time on it and figure things out. But just sitting with someone, talking through a problem, talking through design, that is something incredibly powerful,” explains Vangala. He says since March last year the effort has been to actually “simulate this online and it definitely has worked right”.

The impact of this handholding, especially for Indian developers who have limited exposure, is significant. “People have actually said that I have been struggling with this problem for four weeks, and the 10 minutes that I spent with your engineer has solved this problem for me… that human touch is incredibly important for people to get problems resolved, to just bounce ideas off one another, to be able to collaborate,” Vangala says, adding how it helps to have experts who have seen the problem and have a lot of “institutional memory of best practices”.

The accelerator engages with developers with large format one-to-many sessions, in-depth one-to-few workshops and one-to-one consultations. And there is a lot of international expertise on offer for Indian developers.

“There was one event where they had an Apple expert from the UK. If it had not been for the accelerator, we would not have bought any opportunity of meeting such a person. He saw our app and gave us some valuable feedback which we incorporated later,” remembers Aditya Mohatta, co-founder of IDZ Digital Private Limited.

KidloLand, the children’s learning app he made along with brother Nishant Mohatta, has now been downloaded more than 6 million times in over 174 countries. They now employ a team of 40 — Apple claims the accelerator has contributed to nearly 900,000 jobs in India that can be attributed directly to the iOS App ecosystem.

Nishant Mohatta says the team at accelerator usually suggests a lot of 1% changes. “But what happens is that if you do five or 10 such changes, and you do it in across the range of apps then it increases your ROI by a large margin. What we have experienced from our journey so far is that some 1% changes can turn out to be more of a 20% change,” he says, citing the example of when the experts suggested they should give an interaction for every touch, “because when kids play, they expect something when they touch their fingers on the screen”. 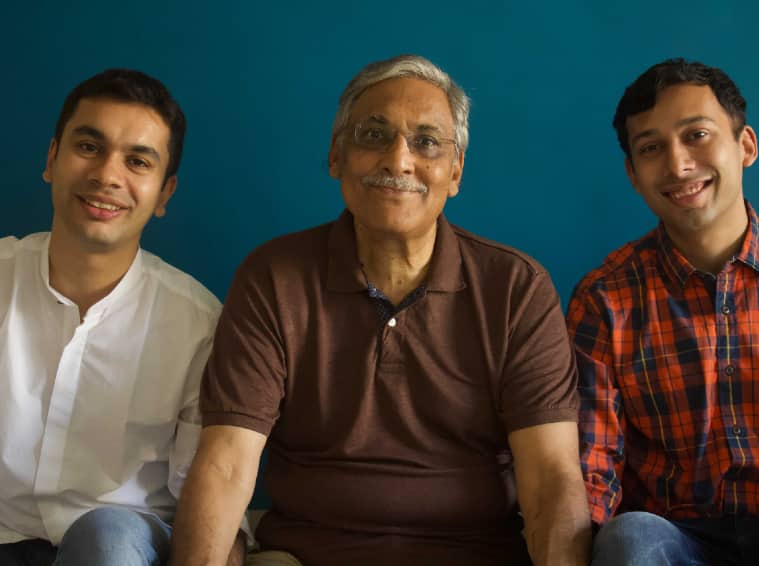 Nishant Mohatta (right) along with his brother Aditya Mohatta (left) made an app called KidloLand.

While a lot of developers reach out to the accelerator for help and Apple finds some interesting ones on their own, there are also the World Wide Developer Conference scholarships that try to hone young talent. Akhil Tolani who went to San Jose for WWDC in 2018 is now co-founder and CTO of mirrAR app which uses the Apple ARkit to help customers virtually try out jewellery. The app is slowly developing into a marketplace while his SDK is used by some jewellers on their apps as well.

“When we first started out, we were using machine learning models found on the Internet. Once I won the WWDC scholarship and got into the accelerator, we would have like almost one session every few months and they would tell me more about how I can utilise the platform Apple has built and that significantly improved our quality of accuracy, quality of rendering and overall realistic experience,” says Tolani who is based in Gurgaon. This was important for him, because jewellers were concerned that their products will “not look as good as in AR as it would in real life”.

And the conversation is not all one-way. “I give them a recommendation and they probably try to include it in the next version of iOS,” Tolani says. 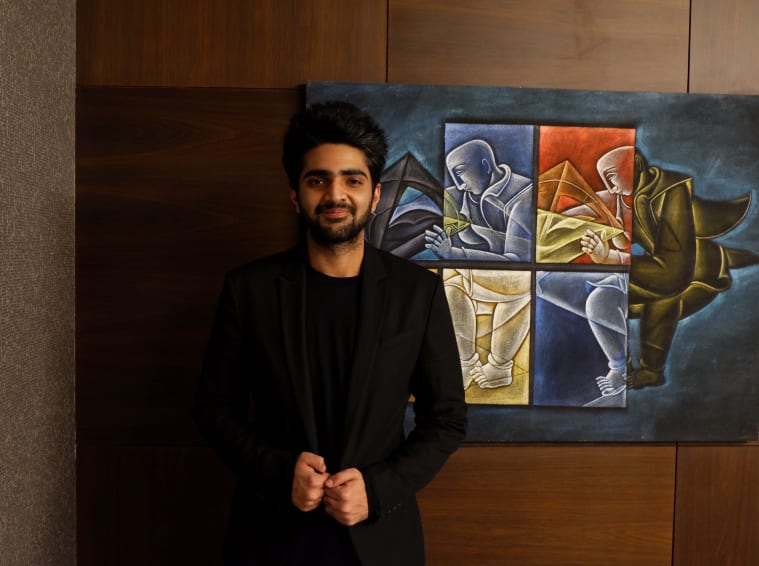 Akhil Tolani who went to San Jose for WWDC in 2018 is now co-founder and CTO of mirrAR app which uses the Apple ARkit to help customers virtually try out jewellery.

Calzy has been one of the big app success stories out of India, having won the Apple Design Awards in 2018. “Apple App Accelerator coming to India is a game-changer for me,” says Raja Vijayaraman, the man behind the reimagined calculator. “As a self-taught designer and developer, I always did what I felt was correct. Since most of my users were happy, I thought everything is okay. There was no feedback system to push me further. Attending the sessions at Apple Accelerator, meeting those expert teams, and getting feedback in person from them was so much helpful for me,” he says in an email interaction.

Vijayaraman explains how these interactions opened up his design thinking. “For example, I never thought much about accessibility in my designs until I attended a session in Bangalore on “Supporting Accessibility in your Apps.” That session was so wonderful. It made me realise the importance of including accessibility in creating a product as early as the inception of the idea,” he says, adding how this has made his apps Calzy and Lumy much better.

While the pandemic has kept developers away from the accelerator in Bengaluru, it has also opened up the sessions for many more across the country irrespective of where they are. “Once we went virtual, we started seeing a spike in attendance from the far reaches of the country. Otherwise, we tended to have attendance from say like a 90-minute flying radius of Bangalore, physically coming into the accelerator. The moment we went online, we were seeing people from like Indore, Vijayawada and so on,” says Vangala, adding how the online session has made them more inclusive. “It has definitely democratised access.”

Vangala believes a lot of this will stay. “We will definitely have some sort of a hybrid model. But there are some things that you know you will want people to be physically in a location for, collaborating, just being next to someone riffing ideas off each other. There will be some sessions that will require presence at the accelerator. But we will definitely have an online model to be able to continue supporting those people.”

“The current crop of developers are so keen to take an idea and turn it into an incredibly successful app,” says Vangala, who thinks the “biggest asset of Indian developers is their entrepreneurial spirit.” “In the past, I would come across developers who are kind of looking at a pot of gold down the road and trying to figure out products that will actually make them successful,” he says, adding that this mindset has clearly changed in India. “People are looking to looking to give birth to an idea… they’re looking at actually giving their idea wings to fly.”