The anatomy of the human body never fails to surprise with researches and studies often revealing newer things about it. Recently in a rarest of rare cases, a woman from California got pregnant while she was already pregnant — resulting in the birth of twin babies. The woman had earlier agreed to be a gestational surrogate mother for a Chinese couple but soon found out that she was pregnant with non-identical twins. Tests showed that both children had two different sets of parents.

The mentioned case is an example of superfetation which means getting pregnant while being already pregnant in the same cycle. So how does it occur and what risks does it cause for mother and child/ren? Dr Ruby Sehra, senior consultant, gynaecology, Sri Balaji Action Medical Institute shares some insights.

In general cases, ovulation in women gets restricted right after they conceive, which reopens after the prevailing pregnancy cycle gets a closure. Also, certain hormonal changes do not allow another embryo to develop. But in some rare cases, ovulation remains open for few days even after women conceive. If, during this period (within 10 days), such women have sexual intercourse, then there is a possibility of the occurrence of another foetus and its development. It is more like additional ovulation. Also, in general cases, the thin layer of the endometrial line doesn’t let another foetus enter the already developing embryo, but in rare cases, it successfully penetrates through it and starts developing. Hence children born out of such condition are twins but not identical. 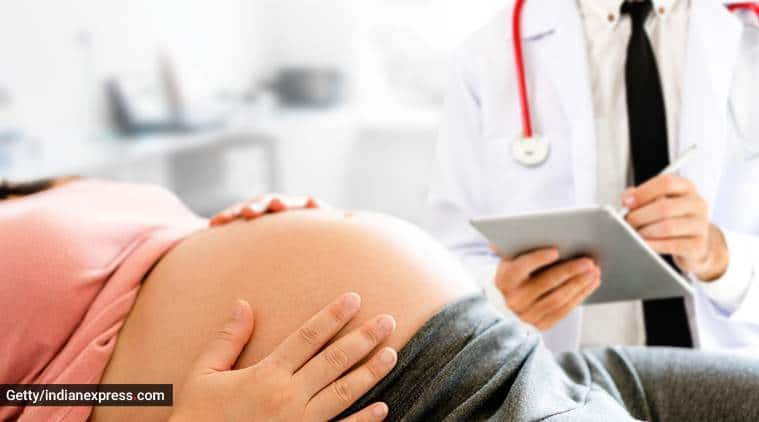 Unlike superfetation, in superfecundation, the timing of second intercourse differs.(Source: Getty Images/Thinkstock)

This is something most people have confusion about. Unlike superfetation, in superfecundation, the timing of second intercourse differs. It occurs with same day ovulation with two different fathers, while in superfetation, the second ovulation can occur even weeks apart.

Is there any risk to mother or child?

Although this is a rarest of a rare condition which involves hardly any risk for the mother, the risk of having a premature baby highly prevails, that too because while one baby may be ready to be born, the other one might be at the developing stage in the womb.

“Opt for a safer pregnancy. Especially the couples choosing to be parents through surrogacy should be more aware of its safe procedure,” mentioned Dr Sehra.

“As far as its symptoms are concerned, the possibility of expecting twins can fall under this category as long as the process mentioned above has taken place and as an adult, we should responsibly know about our acts and their possible results,” said Dr Sehra.