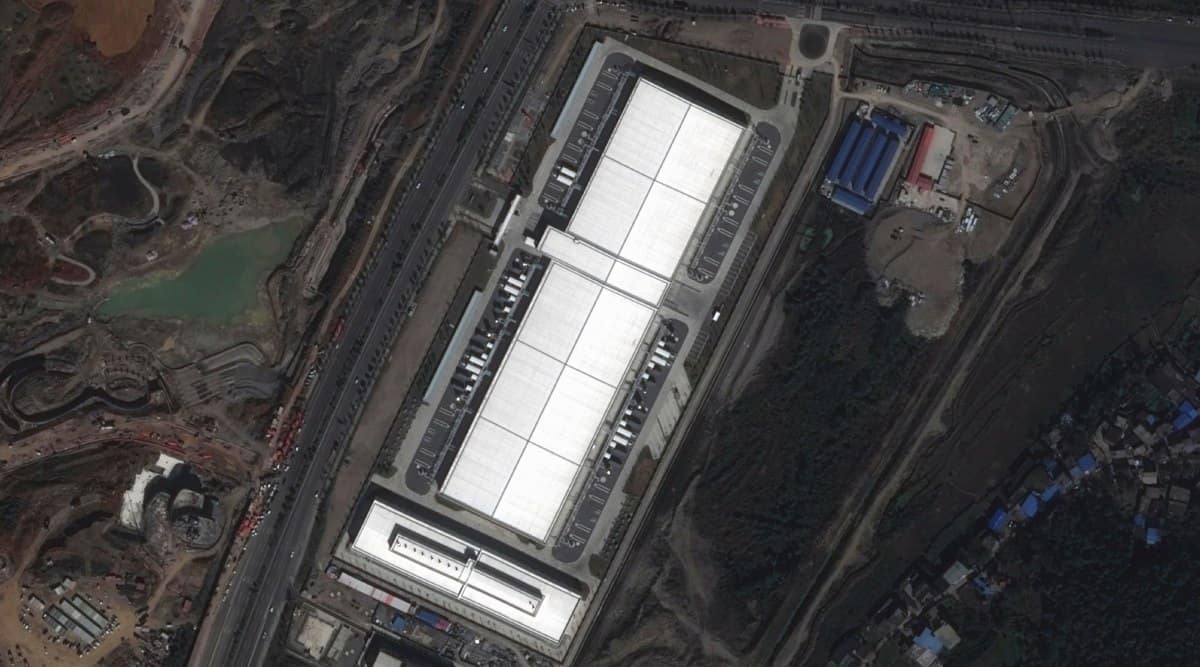 On the outskirts of this city in a poor, mountainous province in southwestern China, men in hard hats recently put the finishing touches on a white building a quarter-mile long with few windows and a tall surrounding wall. There was little sign of its purpose, apart from the flags of Apple and China flying out front, side by side.

Inside, Apple was preparing to store the personal data of its Chinese customers on computer servers run by a state-owned Chinese firm.

Tim Cook, Apple’s chief executive, has said the data is safe. But at the data center in Guiyang, which Apple hoped would be completed by next month, and another in the Inner Mongolia region, Apple has largely ceded control to the Chinese government.

Chinese state employees physically manage the computers. Apple abandoned the encryption technology it used elsewhere after China would not allow it. And the digital keys that unlock information on those computers are stored in the data centers they’re meant to secure. 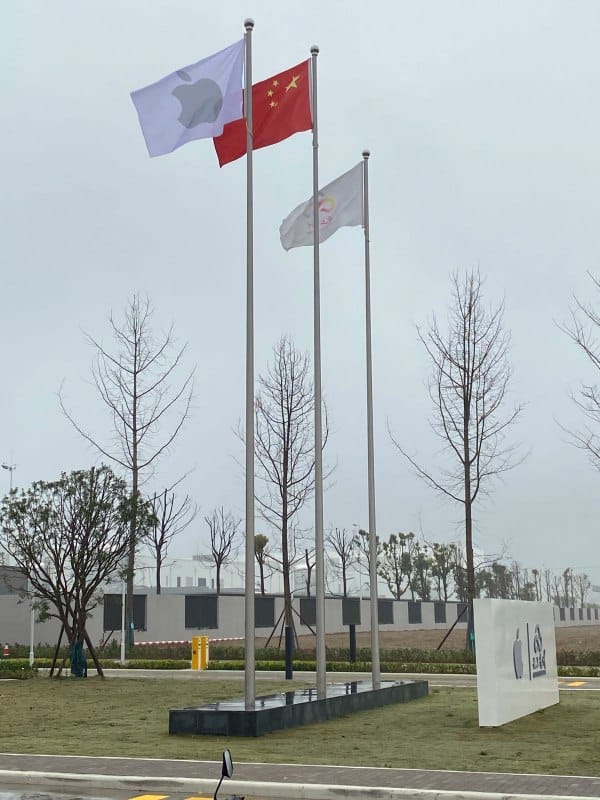 The entrance to Apple’s new data center in Guiyang, China, on Oct. 31, 2020. Apple planned to store the personal data of its Chinese customers there on computer servers run by a state-owned Chinese firm. (Keith Bradsher/The New York Times)

Internal Apple documents reviewed by The New York Times, interviews with 17 current and former Apple employees and four security experts, and new filings made in a court case in the United States last week provide rare insight into the compromises Cook has made to do business in China. They offer an extensive inside look — many aspects of which have never been reported before — at how Apple has given in to escalating demands from Chinese authorities.

Two decades ago, as Apple’s operations chief, Cook spearheaded the company’s entrance into China, a move that helped make Apple the most valuable company in the world and made him the heir apparent to Steve Jobs. Apple now assembles nearly all of its products and earns a fifth of its revenue in the China region. But just as Cook figured out how to make China work for Apple, China is making Apple work for the Chinese government.

Cook often talks about Apple’s commitment to civil liberties and privacy. But to stay on the right side of Chinese regulators, his company has put the data of its Chinese customers at risk and has aided government censorship in the Chinese version of its App Store. After Chinese employees complained, it even dropped the “Designed by Apple in California” slogan from the backs of iPhones.

China’s leader, Xi Jinping, is increasing his demands on Western companies, and Cook has resisted those demands on a number of occasions. But he ultimately approved the plans to store customer data on Chinese servers and to aggressively censor apps, according to interviews with current and former Apple employees. “Apple has become a cog in the censorship machine that presents a government-controlled version of the internet,” said Nicholas Bequelin, Asia director for Amnesty International, the human rights group. “If you look at the behavior of the Chinese government, you don’t see any resistance from Apple — no history of standing up for the principles that Apple claims to be so attached to.”

While both the Trump and Biden administrations have taken a tougher line toward China, Apple’s courtship of the Chinese government shows a disconnect between politicians in Washington and America’s wealthiest company.

Behind the scenes, Apple has constructed a bureaucracy that has become a powerful tool in China’s vast censorship operation. It proactively censors its Chinese App Store, relying on software and employees to flag and block apps that Apple managers worry could run afoul of Chinese officials, according to interviews and court documents.

A Times analysis found that tens of thousands of apps have disappeared from Apple’s Chinese App Store over the past several years, more than previously known, including foreign news outlets, gay dating services and encrypted messaging apps. It also blocked tools for organizing pro-democracy protests and skirting internet restrictions, as well as apps about the Dalai Lama.

And in its data centers, Apple’s compromises have made it nearly impossible for the company to stop the Chinese government from gaining access to the emails, photos, documents, contacts and locations of millions of Chinese residents, according to the security experts and Apple engineers.

The company said in a statement that it followed the laws in China and did everything it could to keep the data of customers safe. “We have never compromised the security of our users or their data in China or anywhere we operate,” the company said. 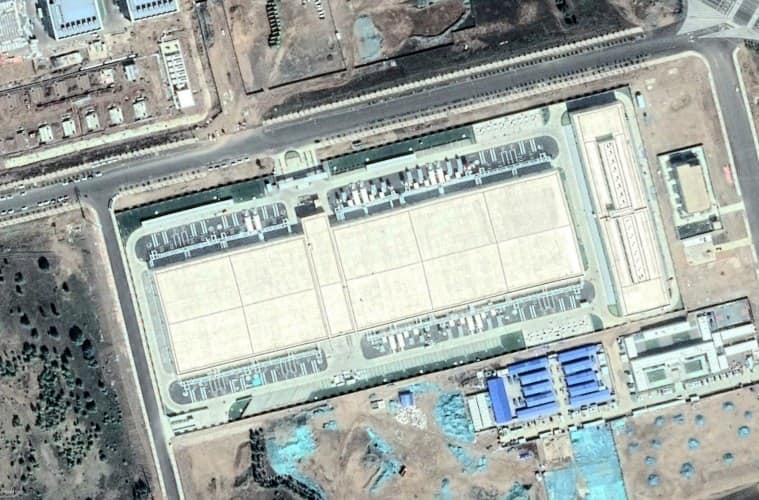 A satellite image shows Apple’s new data center in the Inner Mongolia region of China. Apple built the world’s most valuable business on top of China. Now it has to answer to the Chinese government. (CNES/Airbus/Google Earth via The New York Times) — NO SALES; FOR EDITORIAL USE ONLY WITH NYT STORY SLUGGED APPLE CHINA BY JACK NICAS, RAYMOND ZHONG and DAISUKE WAKABAYASHI FOR MAY 17, 2021. ALL OTHER USE PROHIBITED. —

An Apple spokesman said that the company still controlled the keys that protect the data of its Chinese customers and that Apple used its most advanced encryption technology in China — more advanced than what it used in other countries.

Apple added that it removed apps only to comply with Chinese laws. “These decisions are not always easy, and we may not agree with the laws that shape them,” the company said. “But our priority remains creating the best user experience without violating the rules we are obligated to follow.”

Cook declined an interview for this article.

US law has long prohibited American companies from turning over data to Chinese law enforcement. But Apple and the Chinese government have made an unusual arrangement to get around American laws. Guo Wengui, an exiled critic of China’s government, in New York on May 16, 2017. Apple said it had removed his iPhone app in China because it had determined it was illegal there. (James Estrin/The New York Times)

In China, Apple has ceded legal ownership of its customers’ data to Guizhou-Cloud Big Data, or GCBD, a company owned by the government of Guizhou province, whose capital is Guiyang. Apple recently required its Chinese customers to accept new iCloud terms and conditions that list GCBD as the service provider and Apple as “an additional party.” Apple told customers the change was to “improve iCloud services in China mainland and comply with Chinese regulations.”

The terms and conditions included a new provision that does not appear in other countries: “Apple and GCBD will have access to all data that you store on this service” and can share that data “between each other under applicable law.”

Under the new setup, Chinese authorities ask GCBD — not Apple — for Apple customers’ data, Apple said. Apple believes that gives it a legal shield from American law, according to a person who helped create the arrangement. GCBD declined to answer questions about its Apple partnership.

Phillip Shoemaker, who ran Apple’s App Store from 2009 to 2016, said that Apple lawyers in China gave his team a list of topics that couldn’t appear in apps in the country, including Tiananmen Square and independence for Tibet and Taiwan. He said Apple’s policy was matter-of-fact: If the lawyers believed a topic was off-limits in China, then Apple would remove it there.

On Chinese iPhones, Apple forbids apps about the Dalai Lama while hosting those from the Chinese paramilitary group accused of detaining and abusing Uyghurs, an ethnic minority group in China.

The company has also helped China spread its view of the world. Chinese iPhones censor the emoji of the Taiwanese flag, and their maps suggest Taiwan is part of China. For a time, simply typing the word “Taiwan” could make an iPhone crash, according to Patrick Wardle, a former hacker at the National Security Agency.

Sometimes, Shoemaker said, he was awakened in the middle of the night with demands from the Chinese government to remove an app. If the app appeared to mention the banned topics, he would remove it, but he would send more complicated cases to senior executives, including Cue and Schiller.

Apple resisted an order from the Chinese government in 2012 to remove The Times’ apps. But five years later, it ultimately did. Cook approved the decision, according to two people with knowledge of the matter who spoke on the condition of anonymity.

Shoemaker said he and his team rationalised removing apps by framing them as simply enforcing a country’s laws. Similar steps were taken in places like Saudi Arabia and Russia, he said. “At the same time, we didn’t want to get hauled up in front of the Senate to talk about why we’re quote ‘censoring apps in China,’” he said. “It was a tightrope we had to walk.”