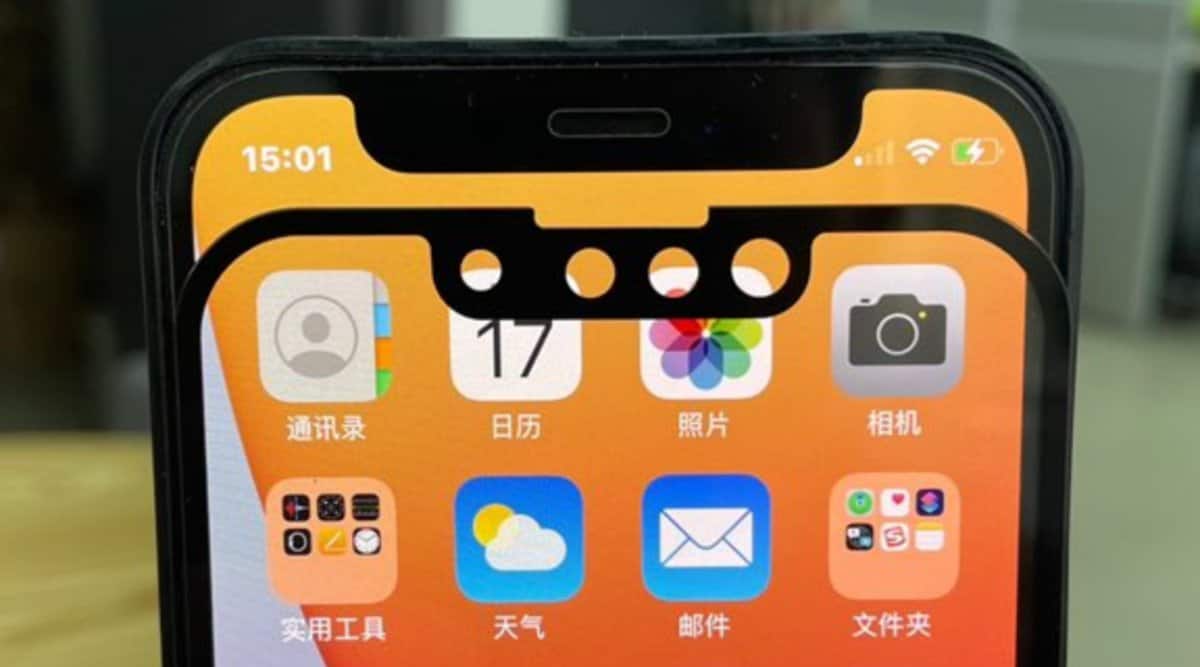 While Android phones have ditched the wide-style notch for over a year, budget offerings included, Apple’s iPhone lineup continues to sport the notch. It is not exactly possible for Apple to get rid of the notch just yet, mainly due to the presence of its FaceID IR scanners alongside the front camera, Apple is likely planning to make the notch smaller.

A new report by Twitter user DuanRui (@duanrui1205) suggests that the iPhone 13 series, the next iPhone lineup that Apple is expected to unveil in September this year, could feature a smaller front notch. The tweet shows a picture of what looks like a tempered glass screen protector for the upcoming iPhone 13.

The protector reveals a design for the front of the iPhone 13, showcasing a smaller notch. The new notch retains the semi-curved-rectangular shape of the iPhone notch that has been constant for years now. However, the dimensions of the notch itself appear to be smaller compared to the rest of the screen.

Apple iPhone 13: What we know so far

Various leaks and rumours around the iPhone 13 series have so far hinted at many elements including a smaller notch, a red colour variant, a higher refresh rate and bigger batteries. A recent leak by Twitter tipster David Kowalski (@xleaks7) has revealed many details about the phone. Check out the tweet below.

Thanks to my partners at @pigtou_

Apple is expected to launch the iPhone 13 series in September 2021. While that date is just a few months away, that’s still enough time for designs to change and we’d advise readers to take leaks with a pinch of salt for now.