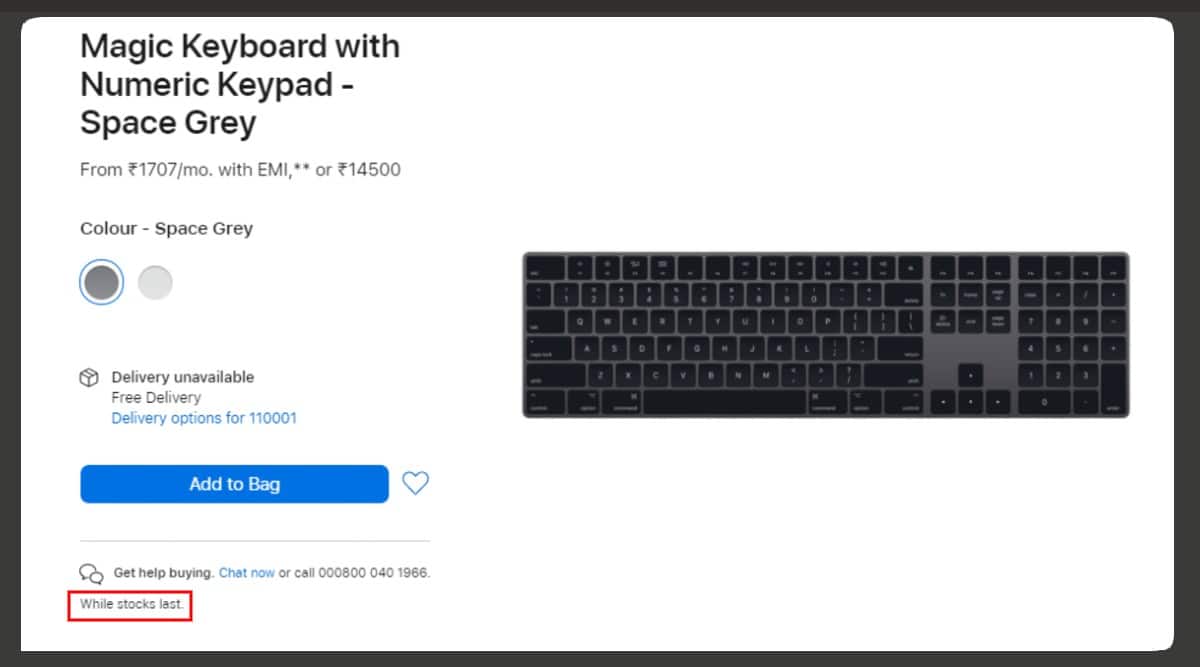 Apple recently launched the new iMac 2021 in a range of vibrant colours. With the new design philosophy in mind, the brand has now decided to call quits on the signature Apple space grey coloured accessories for Macs and iMacs. The space grey accessories are currently available on the Apple Store page, although with a clear “while supplies last”, as per a report by The Verge.

The decision to ditch the darker accessories seems weird as Apple still has the dark-coloured M1 MacBooks and many people would still want to use a matching external accessory like a mouse with the laptops.

The report further suggests that the move could point at the end of Apple’s black Lightning cable. The accessory is not sold separately but is instead shipped with other space grey accessories and certain Beats headphones.

A lighter version of the space grey shade was first revealed with the iPhone 6 and 6 Plus a year later in September 2014, also coming to the iPad Air 2 and iPad Mini 3 and eventually, even Apple Store gift cards. This was unofficially called space grey 2 by many. The first MacBook with the colour came in March 2015. Since then space grey has come to a number of Apple products and has also had more changes in its colour.