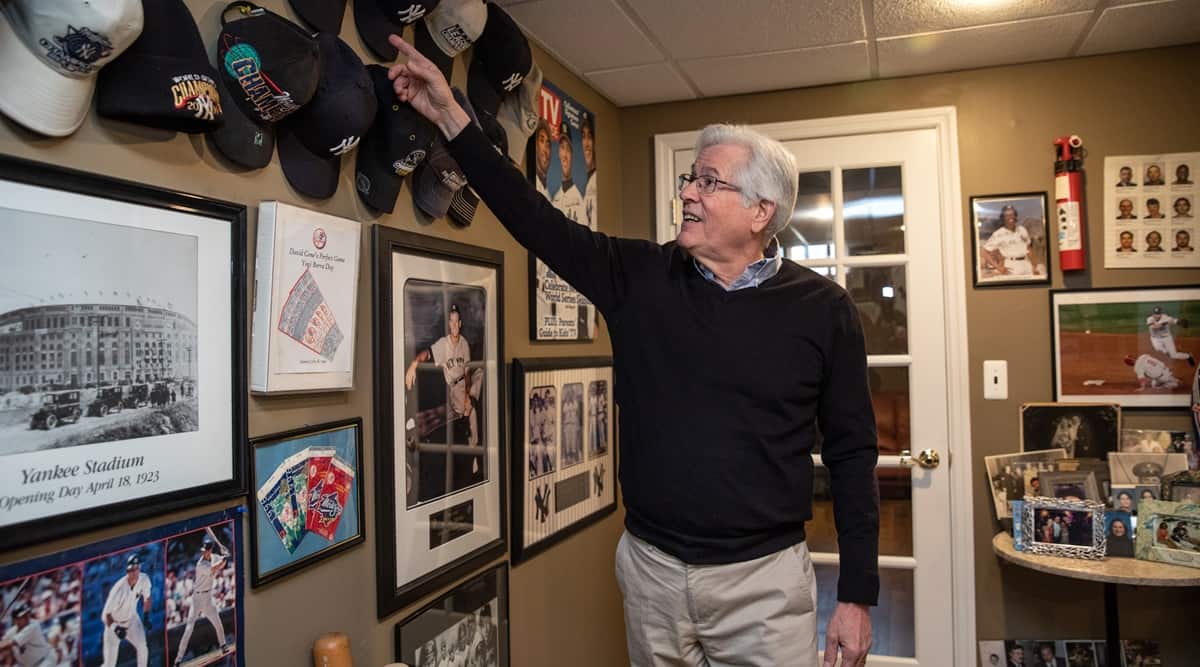 Despite the urgent need for treatments to slow or stop Alzheimer’s disease, finding patients for clinical trials has been difficult and frustrating.

Patients are often older. Their doctors may not be part of a research network. And many with dementia never get a diagnosis — their doctors do not tell them what is wrong or they avoid finding out that they have the dreaded disease.

“How do you recruit when patients do not realize they are eligible?” said Michelle Papka, director of the Cognitive and Research Center, a clinical trial site in Springfield, New Jersey.

Her center is one of 290 seeking participants for a new study by drugmaker Eli Lilly and Co. that plans to enroll 1,500 patients. The company hopes it will confirm results from its smaller study, lasting 76 weeks, of 257 patients. It found the experimental drug donanemab significantly slowed the progress of Alzheimer’s — the first time a study of a disease-modifying Alzheimer’s drug met its primary goals. Michael and Peggy Gross in Mahwah, N.J., on April 7, 2021. Despite the urgent need for treatments to slow or stop Alzheimer’s disease, finding patients for clinical trials has been difficult and frustrating. (Jackie Molloy/The New York Times)

“I will be shocked if it is not a popular study,” said John Dwyer, president of the Global Alzheimer’s Platform Foundation, a network of clinical trial sites hired by Lilly to help speed the recruitment of patients.

But where will patients come from?

They have to have just the right amount of brain deterioration — too much and it probably is too late. Too little and it may take too long to see a drug effect, if there is any. They often have to find out about the study on their own. They have to agree to have regular infusions of what might be a placebo for more than a year.

On top of all that, if they or their family members have been paying attention to the state of Alzheimer’s drug research, they would know that study after study of what looked like a promising treatment for Alzheimer’s has failed, to such an extent that some companies, after spending billions in futile attempts, decided to get out of the business of developing Alzheimer’s drugs.

Three who arrived at a clinical trial site in New Jersey on March 26, a misty Friday morning, provide some answers about who might enroll and why.

A few years ago, Michael Gross, 73, of Mahwah, New Jersey, began to realize something was wrong. “I was confused about words,” he said, “and it continued to get worse.”

But Gross, the retired head of an advertising agency, was taken aback when a doctor suggested a spinal tap to look for proteins that are a sign of Alzheimer’s. He could not have that disease, Gross thought.

He wept, he despaired.

Then he asked, What could he do about it?

He switched to the Mediterranean diet. He started exercising. He began doing crossword puzzles and subscribed to a challenging brain-training program. He found a study in mice claiming a bright light shined at their heads helped with Alzheimer’s. He bought the light.

The disease kept progressing. Now he cannot remember the details of a news story as he reads it.

Gross, a lifelong Yankees fan, was unnerved the day he forgot the name of the team’s former manager, Casey Stengel, and became determined to keep it in his memory.

Then he forgot the word “sardines,” a staple of his Mediterranean diet. “For a week I said to myself, ‘sardines, sardines,’” Gross said.

But what he really wanted was a treatment powerful enough to stop Alzheimer’s in its tracks.

Gross saw an ad on Facebook for the Lilly clinical trial. That Friday morning he arrived for a test to see if he was eligible. It consisted of a brain scan for a protein, tau, that is found in dead and dying brain neurons. If he had too little tau, he would not be eligible.

He had another test, an MRI scan of his brain, and discovered that he was accepted for the trial. Dr. Michelle Papka, the director of the Cognitive and Research Center, in her office in Springfield, N.J., on April 6, 2021. Despite the urgent need for treatments to slow or stop Alzheimer’s disease, finding patients for clinical trials has been difficult and frustrating. (Jackie Molloy/The New York Times)

And now, if he does not get the drug? Or if the drug fails?

Then he will look for other trials, Gross said. He would even consider a treatment he recently heard about. “They shoot something into your nostril, and it supposedly cures you,” he said.

His wife, Peggy, chimed in.

“We haven’t gotten to a point where we admitted there is no help for him,” she said.

‘It got to a point where it was very, very real’

The next patient to arrive was a 63-year-old woman who is enrolled in the trial and has already had two infusions of either the drug or the placebo. She and her husband asked that their names not be used because they have not yet revealed her diagnosis to their friends and family.

She’s a bubbly optimist but, because of her disease, let her husband do most of the talking. When her memory started faltering a few years ago, she and her husband attributed it to the stress of her job as an occupational therapist.

“I don’t think we thought about Alzheimer’s,” her husband said.

But her memory problems continued, even after she left her job. She would go grocery shopping, taking a list with her, and forget things on the list. She would forget appointments.

“It got to a point where it was very, very real,” her husband said.

He took his wife to a neurologist who administered a battery of tests. The results were not good.

“For the first time it went from a memory issue to something alarming,” the husband said. On March 6, a spinal tap confirmed the likely diagnosis: Alzheimer’s.

The man and his wife were distraught. No drug, no lifestyle change, had been shown to alter the course of the disease. Their doctor did not refer them to a clinical trial, but their oldest son, a second-year medical student, found the Lilly trial for them.

The woman does not expect a cure, but she said, “I hope I don’t decline any farther. I don’t want to turn into a babbling idiot. If I can stay like this, I would be happy. I crochet, I color, I walk the dog.”

Her husband tries not to think of the future.

“I don’t know if I am in denial or what, but I haven’t fully grasped what life will be like five, 10 years down the road.”

Bob Lippman, 78, of Summit, New Jersey, got his Alzheimer’s diagnosis in November 2017 after a year and a half of mounting symptoms. He learned about the Lilly trial from Papka and was accepted. He had his second infusion at the New Jersey center that Friday morning.

Conversation is difficult for Lippman now, so his wife, Marlene, told his story.

“He was repeating things a lot and asking me the same things over and over,” she said. “He was forgetting whole conversations. At first I thought it was normal aging.”

But after she heard a speaker from the Alzheimer’s Association at Sage Eldercare, a nonprofit organization near their home in Summit, New Jersey, she realized that what her husband was experiencing was not normal.

Memory tests confirmed those fears, and a brain scan that detects amyloid, the stiff balls of plaque that are the hallmark of Alzheimer’s disease, cinched the diagnosis.

It was life-shattering news.

“Bob had a very strong intellect,” Marlene Lippman said. “It is hard that that part of him is being attacked.”

She started making plans — redoing wills and power of attorney. She found a support group for caregivers at Sage. And she found the Lilly trial.

She is cleareyed about what to expect. If her husband is getting the drug and not the placebo and if the drug is as effective as it was in the initial small study, “at best it might delay the course of his decline,” she said. “It certainly is not going to cure him.”

“Our main incentive is to help other people and to move research forward,” she added. “There wouldn’t be a COVID vaccine if people had not volunteered.”