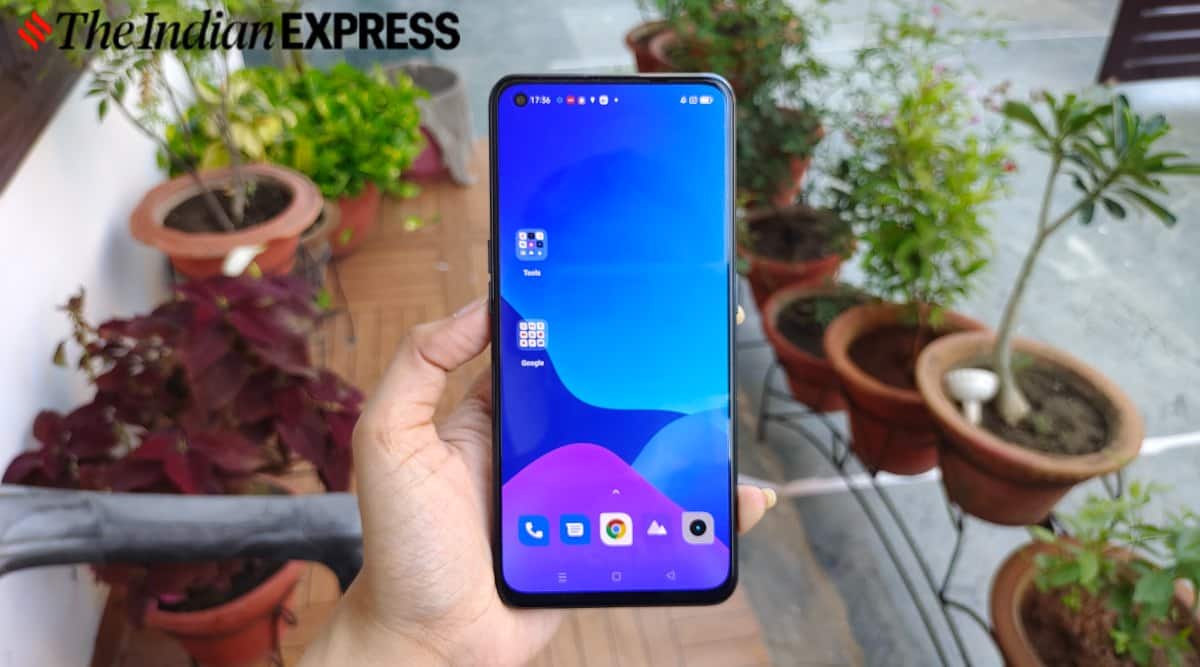 Realme has launched yet another 5G phone in India, part of the Realme X7 series. Realme X7 Max comes with a more powerful chipset. It’s going up against phones like the OnePlus Nord, Samsung Galaxy A52, and Mi 11X. The mid-range segment is already crowded with good options, and this is going to be a tough fight for Realme. Read our detailed review to know more about the new 5G phone. 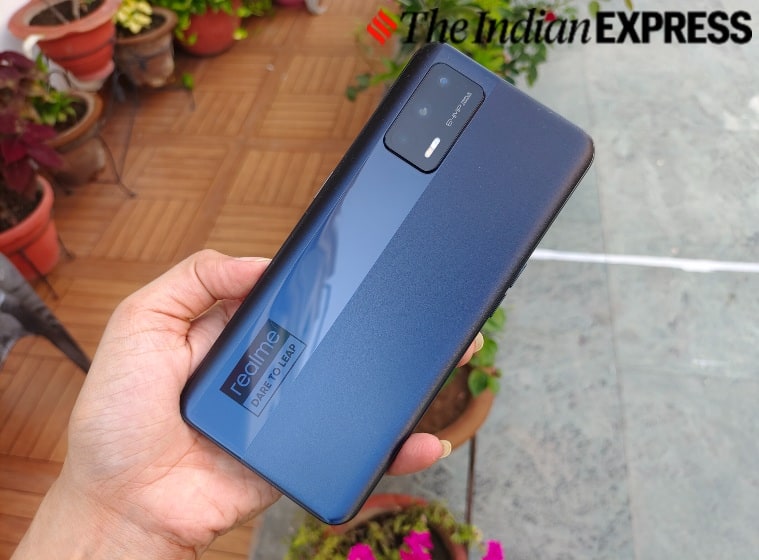 The Realme X7 Max doesn’t dazzle you with its design and it is similar to other phones in the Realme X7 series. The smartphone’s frame and back panel are made out of plastic. The build quality isn’t as solid as the X7 Pro and the back panel also has a bit of flex to it, which is surprising considering this is a mid-range phone.

The device is quite lightweight and comfortable to hold in one hand. It features a matte textured finish, which offers a more solid grip on the phone, even with slightly greasy or wet hands. The glossy stripe tends to retain smudges and fingerprints. 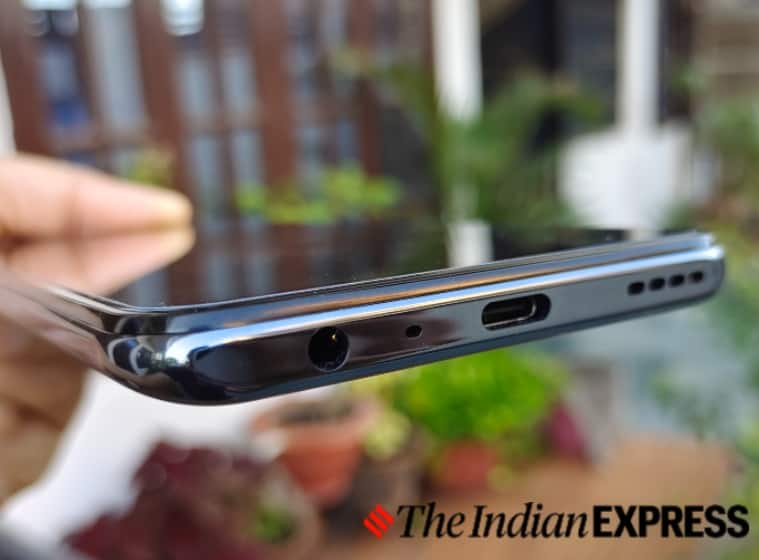 Realme finally decided to remove the large and flashy “Dare to Leap” logo. But, it is not completely gone and you will now see it in a smaller version on the lower side of the phone. The logo is not as prominent, but when the light hits the rear panel from different angles, it somewhat gleams. You will have to use a case if you want a neat rear panel with no logo.

Realme is offering the phone in either black or silver variants. There is a Milky Way colour as well, which you can consider if you want a more flashy look. Those who prefer wired earphones will be happy to know that the headphone jack is there at the bottom as it was missing on the X7 Pro model. The overall feel of the phone is just fine and not very premium. But, the addition of the IPX4 rating is a welcome improvement. 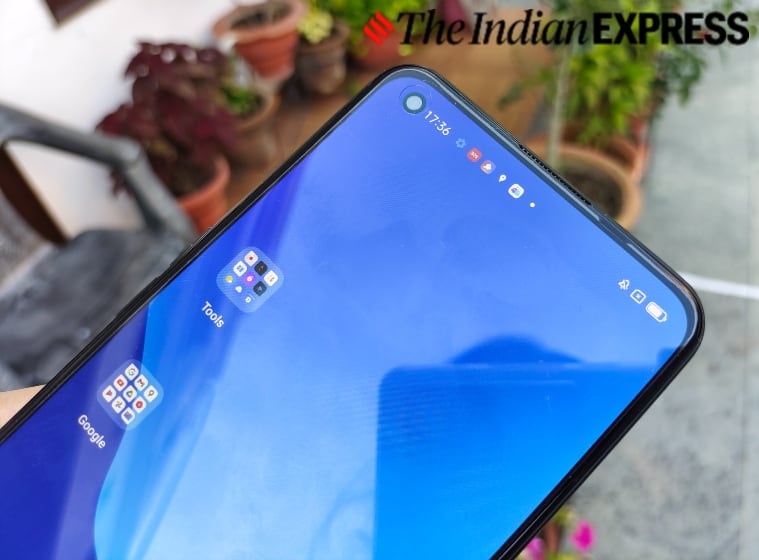 You get a slightly smaller 6.43-inch FHD+ Super AMOLED punch-hole display. The screen bezels seem reasonably thin, but the device has a large chin at the bottom, compared to the Realme X7 Pro. The display has good colour accuracy, pixel-dense and viewing angles. I loved binge-watching on this device. The display supports HDR 10+, Widevine L1 and can get as bright as 1,000nits at peak brightness. However, content on the screen is not so legible in harsh sunlight.

Realme hasn’t mentioned if the device is using any grade of Corning Gorilla Glass to protect the display. By default, the high refresh rate option works dynamically and it switches automatically between 60Hz and 120Hz depending on the content.

The Realme X7 Max is powered by MediaTek’s flagship Dimensity 1200 processor. The smartphone can handle every task with ease; multitasking is a breeze and there were no signs of stutters or slow performance.

I played games such as Call of Duty, Asphalt 9, and Genshin Impact, among others. During my usage, I didn’t encounter any frame drop or laggy performance. The device’s panel supports 120Hz and 360Hz touch sampling rate. While this did make the gameplay feel very smooth, not every game runs at higher refresh rates. 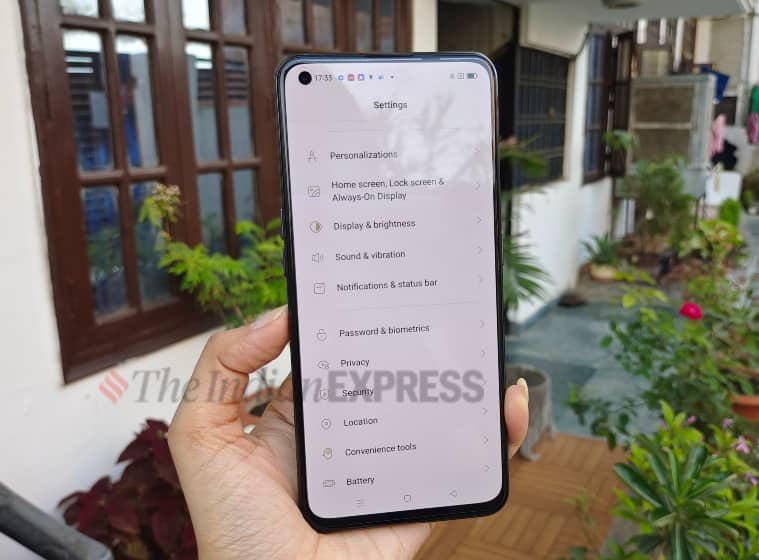 Call of Duty ran at high settings (graphics and frame rate), and Genshin Impact was by default on 30fps and medium settings. Maxing out the settings did result in battery drain and laggy performance. There is a 4D vibration feature, which doesn’t support a lot of games (including Call of Duty), so there is no point in having it. The game assistant is a bit annoying as it forces you to check it every time you open any game.

The device has Stereo speakers with support for Dolby Atmos, which made the content more enjoyable. After nearly two hours of gaming, the device’s back panel got pretty warm. Users should avoid playing games when the device is on charge.

The battery of the Realme X7 Max lasted one day, but results may vary depending on your usage pattern. My usage consisted of social networking, a few hours of YouTube, and an hour or so of gaming. I liked the fact that Realme ships a 50W charger in the box as you will rarely get it with other mid-range phones. The fast charger can top up the phone’s battery in about 45 minutes. The X7 Max has a 4,500mAh battery. 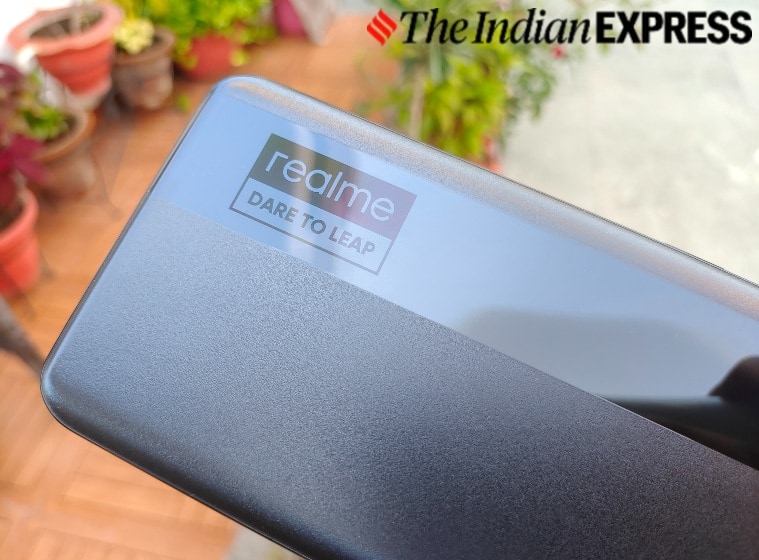 The Realme X7 Max has ‘Dare to Leap’ logo at the back panel. (Image credit: Ankita Garg/ Expess image)

The new Realme X7 series phone offered good enough shots in most scenarios. At first glance, the images may look attractive, but upon closer inspection, the colours in some photos were either oversaturated or accurate (enough). In some of the daylight shots, there is a considerable amount of noise and over softening present, which is noticeable when you look at them very closely. 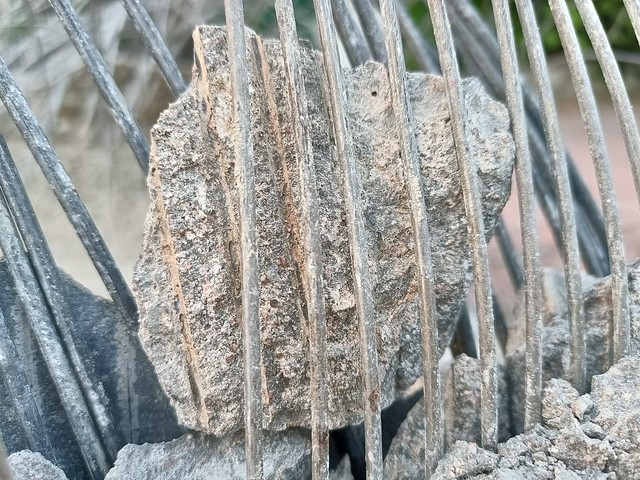 The shots have enough details and sharpness, but the same was not the case with wide-angle photos. They have softer and minimal details. The noise is also noticeable and the colours seemed to be washed out. After a few attempts, I did get a few usable shots.

It did manage to take attractive close-up shots. I was pleased with colour, detail, white balance, exposure, and sharpness. The X7 Max managed to offer selfie and portrait shots with natural skin tone, sufficient details, and sharpness. The exposure was mostly on point.

The low light images turned out to be pretty soft with little to no detail, but they are usable. The noise is visible when you take photos using the regular camera. The night mode retained colours quite well and offered brighter shots with minimal noise.

Realme X7 Max: Should you buy it?

The Realme X7 Max is a reliable performer and users can buy it if solid performance is what they are after. The mid-range phone has an average rear camera setup and a good display as well. However, the build quality is not as great. Alternatively, you can buy the Realme X7 Pro smartphone for better camera performance and build quality.

The general performance of both the phones is similar. Both PHONES are currently available at the same price. You can also wait for phones like OnePlus Nord CE and Poco F3 Pro as these will soon launch in India.