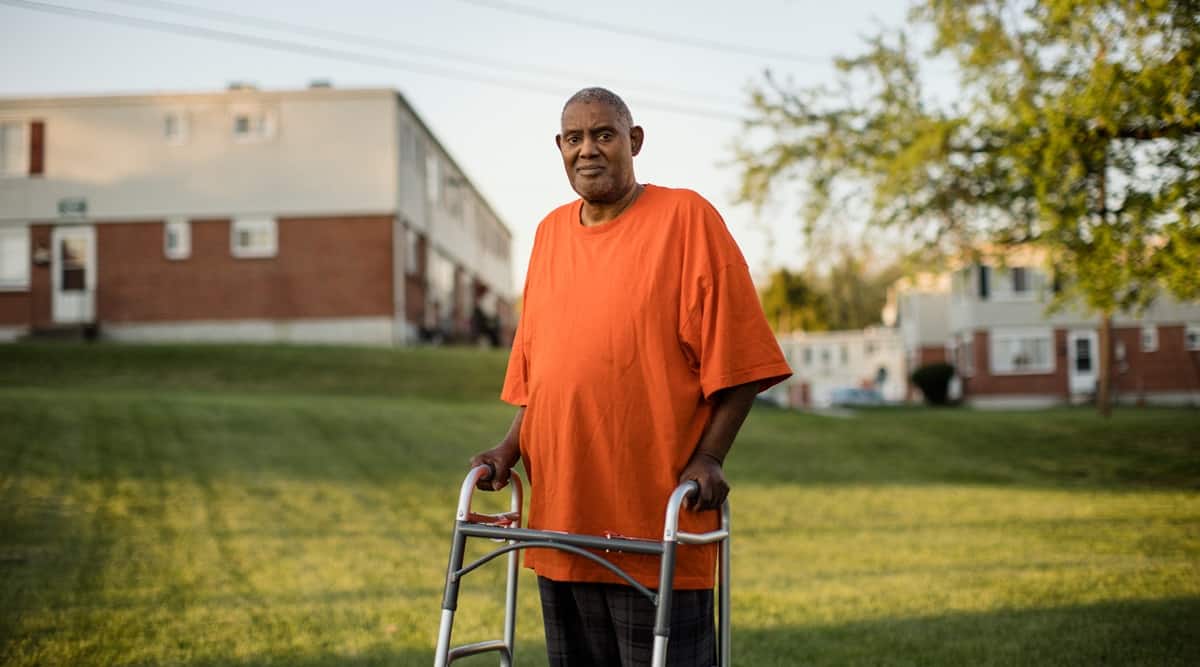 In 2019, John Hancock had become so disabled after a hospitalization that he went close to a year without being able to take a bath or a shower. Using a walker, he could, with difficulty, move around the town house in Baltimore where he lived with his daughter and grandson. But because he felt too unsteady to climb into the tub, one of them had to help him with sponge baths.

Then a program at Johns Hopkins called CAPABLE (Community Aging in Place — Advancing Better Living for Elders) sent a nurse, an occupational therapist and a repair person to provide some inexpensive assistive devices. “It made a tremendous difference in my life,” Hancock, a retired school cook, said.

Over several visits, the team asked about his needs and priorities and supplied a shower chair and a rubber bath mat. The repair person installed grab bars around the tub, attached a hand-held shower nozzle and added a railing next to the toilet. Hancock learned how to use it all.

“I feel safe and I feel secure,” he said recently. “I don’t have to call somebody to help me. I feel independent, and I’ve been independent all my life.” Recovering well from a recent stroke, Hancock, now 64, can not only bathe on his own but can also cook for himself, manage stairs and go to church.

How many older adults could benefit from such simple, low-cost, nonprescription devices? And how many actually acquire them?

A team at the University of California, San Francisco, combed through national data and came up with an estimate, recently published in JAMA Internal Medicine: About 12 million people over 65, living in their own homes, could use equipment to help them safely bathe and use the toilet, two of the activities disabled older people most commonly struggle with. But about 5 million of them don’t have those items, even though they generally cost less than $50. John Hancock in Baltimore, Md., demonstrates the grab bars and shower chair that were installed in his bathroom at his home Hancock, who suffered a stroke last year, had a number of inexpensive assistive devices installed in his home to help reclaim his independence through a program called Community Aging in Place — Advancing Better Living for Elders, or CAPABLE. (Rosem Morton/The New York Times)

Looking at Medicare beneficiaries in the National Health and Aging Trends Study in 2015, the researchers identified more than 2,600 people (average age: about 80) who needed such devices, based on measures like holding onto walls as they walked and being unable to rise unassisted from a chair.

“They’re not as nimble as they used to be,” said Dr. Kenneth Lam, a geriatrician and lead author of the study. “They’re the parents you’re starting to worry about.”

Of those who could have benefited from a shower chair and grab bars for bathing, 26% did not have either and only 40% had both. In the group who could have used a raised toilet or toilet seat, plus a grab bar for toilet use, 44% had neither and 24% had both. Extrapolating to the national population produced the 5 million estimate.

“It’s a technical problem which, unlike so much of aging, is actually solvable,” Lam said. Yet after four years, the researchers found, many participants in need still had not acquired the equipment, or had died without it.

“In the hospital, I can order an MRI and charge the system thousands of dollars,” Lam said. “But down the road, that won’t help patients not fall. What happens when they get home?”

Home is where older adults want to stay. COVID-19 and its predations and restrictions have made senior living facilities increasingly unpopular; occupancy rates in the first quarter of this year reached a record low, the National Investment Center for Seniors Housing and Care has reported.

Yet, “there are people all over the country whose homes don’t fit what they need,” said Sarah Szanton, a nursing researcher at Johns Hopkins University and director of the decade-old CAPABLE program in Baltimore. Thirty-three similar programs now operate in 18 states.

What doctors and therapists (and families) worry about most in such cases are falls, a leading cause of hospitalization and disability for older people. Bathrooms, with their hard and slippery surfaces, pose a particular danger.

CAPABLE, deploying its multi-specialty team and a modest budget of $1,300 per household for repairs, equipment and installation, offers low-income residents not only bathroom equipment but also kitchen grabbers, well-anchored banisters and other useful articles.

And it pays off. “On average, people’s disability is cut in half,” Szanton said. “Their pain decreases. Their ability to bathe and dress improves. People stuck on the second floor of their houses for years can go on family trips.”

CAPABLE reduced Medicaid spending and could create Medicare savings as well. Participants reported that it helped them remain at home, made their homes safer and helped them care for themselves.

Why don’t more seniors take advantage of such devices?

Medicare Advantage plans have more flexibility, but a Kaiser study found that of Advantage enrollees, only 6% were in plans that covered bathroom safety equipment.

A recently announced federal program from the Department of Housing and Urban Development will provide $30 million for a home modification program for low-income homeowners ages 62 and older, a helpful but small step.

Moreover, price isn’t the only barrier to assistive equipment. “You need whole systems to deliver it,” Lam said. Sometimes, faced with the challenges of selecting the appropriate devices, ordering and installing them, “even for people who want them, it just doesn’t happen.”

And a lot of seniors don’t want them. “These are symbols to people that they’re losing control,” said Marcie Gleason, a social psychologist at the University of Texas at Austin who studies such issues. “It feels like dependency to need these devices — even though they probably help them remain independent.”