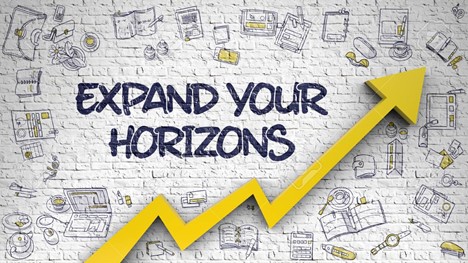 There is nothing quite like watching a good documentary to expand your horizons. Whether you’re looking for an adventure to take you around the world or want to learn more about a topic that fascinates you, documentaries can provide a unique perspective on life. If you’re like most movie watchers, you enjoy a good documentary from time to time. But if you want to take your documentary watching to the next level, you need to check out some of the best documentaries out there. In this blog post, we’ll introduce you to 10 mind-expanding documentaries that will challenge your assumptions and open your eyes to new perspectives.

With a fast fashion industry as big as it is today, most people are aware of the impact that clothing has on the environment and society. However, not many people actually know how much damage their wardrobe is doing. This documentary discusses this problem in detail. It brings to light the environmental impacts of throwing out clothes so quickly and the horrible conditions in sweatshops around the world where all those clothes are made. It’s an eye-opening look at an issue that affects us all but about which most people don’t think twice.

This collection of documentaries looks at our society with an eye towards what social problems may arise in the future. It covers everything from religion to alternative energy to politics and even time itself. The films are narrated by Peter Joseph, who founded The Zeitgeist Movement, whose goal is world peace through planning and cooperation.

This documentary explores how climate change has transformed many environmentalists into pro-nuclear power advocates. Nuclear energy once had a bad reputation, but scientists argue that it can be much safer than it used to be—it just needs stricter safety regulations. This film follows former anti-nuclear power activists as they research this new technology and come to believe that it could be the key to saving our planet.

This three-hour-long documentary dives into the history of money and finance, from ancient times to the modern day. It explains how banks and governments have colluded to create the current financial system, and how this system benefits only a tiny elite while impoverishing the majority of people. This documentary is for you if you want to understand why the world is in such a mess financially.

This eye-opening film examines the history and workings of corporations, which are now considered people under the law. The Corporation shows how corporations have become increasingly powerful and ruthless, often harming people and the planet to turn a greater profit. Although you might think it’s fine for corporations to behave this way, the film explains why their power needs to be constrained and managed by governments. If you’re sick of seeing companies get away with unethical behavior, you’ll want to watch this documentary ASAP.

In another eye-opening documentary that will change your perspective on life, former labor secretary Robert Reich takes viewers on a tour of America to show how the growing gap between rich and poor is hurting everyone in society. Set in a time when many people are struggling financially due to high unemployment rates and massive cuts to social programs, Inequality For All will explain what we can do to level out the playing field.

This documentary is quite disturbing, but it’s one that you won’t be able to forget. The Act of Killing takes a close look at the genocide that took place in Indonesia in the 1960s and 1970s, and it features some of the men who carried out the killings. This is a must-watch documentary if you’re interested in history, human rights, or psychology.

Dear Zachary is a heart-wrenching documentary about a man who was killed by his ex-girlfriend and the impact that her crime has on his loved ones. It’s an emotional film that will leave you thinking about relationships and parenting long after you’ve finished watching it.

If you’re interested in law enforcement or the justice system, The Thin Blue Line is a must-watch documentary. It tells the story of Randall Dale Adams, who was wrongfully convicted of murder and spent 12 years in prison before being exonerated by DNA evidence. The film is so effective at highlighting the justice system flaws that it helped get Adams released from prison.

The Imposter is a mind-blowing documentary about a man who impersonates a missing teenage boy and manages to convince the boy’s family that he is their son. It’s an astonishing story that will leave you questioning your trust in people.

The Catcher Was a Spy is a recently released documentary about baseball legend and Hall of Famer Moe Berg, who was also a spy for the Allies during World War II. The film tells the story of Berg’s life and his work as a spy, and it’s an incredible tale that you won’t want to miss.

Documentaries expose the reality of the world to you. They open you to the world of possibilities that cannot be grasped by the general public. If you want to think differently and achieve something different, it is necessary you make unique movie choices too.